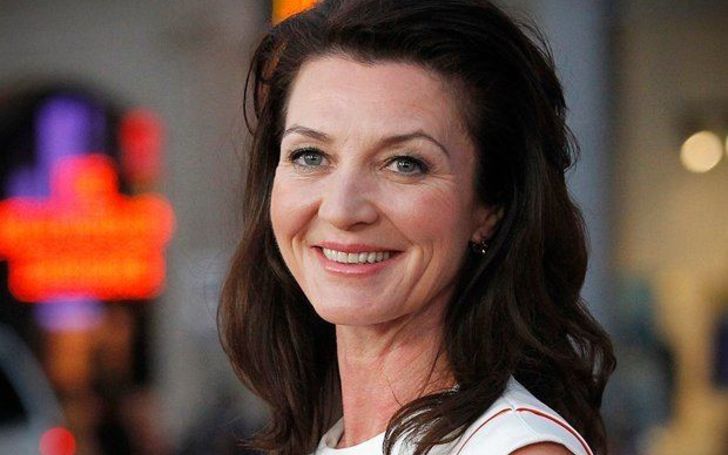 How Much Is The Worth Of Actress Michelle Fairley?

Northern Irish actress Michelle Fairley is worldwide famous for the role Catelyn Stark in the HBO series Game of Thrones (2011–2013). She is known for playing Mrs. Granger in the movie Harry Potter and the Deathly Hallows – Part 1.

Furthermore, the actress is also known for her performances in movies and TV shows like Philomena, In the Heart of the Sea, The Broker’s Man, Suits, 24: Live Another Day, The White Princess, and Gangs of London.

In her over three-decade-long acting career, Michelle Fairley has an estimated net worth of $3 million as per the Celebrity Net Worth. On the other hand, she is worth $1.2 million according to The Richest.

Catelyn Stark From Game of Thrones

Michelle Fairley is active in the entertainment industry since 1986. During his initial phase, she appeared in a number of TV shows like The Bill, Holby City, Casualty, Inspector Morse, Lovejoy, and others.

Then, in 2010, Fairley came to the limelight for playing the role of Mrs. Granger in the film Harry Potter and the Deathly Hallows – Part 1 starring Daniel Radcliffe, Emma Watson, Alan Rickman, Rupert Grint, Ralph Fiennes, and Fiona Shaw. She also appeared in other movies such as The Invisible Woman, Philomena, Ironclad: Battle for Blood, In the Heart of the Sea, and Responsible Child.

Again, 57 years old star had the recurring role of Ava Hessington in the legal drama TV show Suits along with Abigail Spencer, Stephen Macht, Malcolm-Jamal Warner, and others.

Moreover, Game of Thrones actress is also a notable part of television series like 24: Live Another Day, Resurrection, Crossing Lines, Fortitude, The White Princess, The Feed, and Gangs of London.

Besides that, she also appeared in various plays such as Oleanna, Never Land, The Weir, Ashes to Ashes, The Wild Duck, Othello, Macbeth, Dancing at Lughnasa, Splendour, Road, and Julius Caesar.

Is Active On Social Media?

As per the Influencer Marketing Hub, Philomena actress receives around $78.75 to $131.25 per promotional post.

Despite her sister, Simone Fairley, Michelle has 4 more siblings, however, other names are yet to be revealed. Game of Thrones star is 2nd oldest children of her parents.

Northern Irish actress Fairley’s relationship status is quite confidential as of August 2020. She is very secretive as it comes to her personal life.

Michelle has tightly sealed her lips regarding her private life. Surprisingly, in her over three-decade-long career, she is successful in keeping each and every small detail of her relationship within herself.

In 2015, during an interview with The Telegraph, she revealed that she made the decision to separate from her boyfriend of seven years in 2012. Also, she stated that she “missed the gene” for motherhood and never had the desire to have children like some of her siblings did.