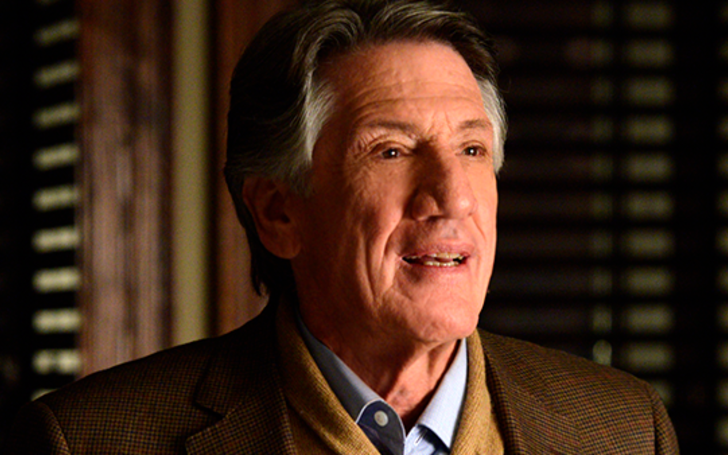 How Rich Is The Actor Stephen Macht?

Stephen Macht is an American TV and film actor best known for playing Detective Del Crenshaw in the comedy horror movie The Monster Squad. He is also recognized for his other acting credits like Graveyard Shift, Trancers 4: Jack of Swords, and Star Trek: Deep Space Nine.

Similarly, the actor is also famous for the portrayal of Henry Gerard / Professor Henry Gerard on the TV series Suits (2014-2019). Also, his other notable TV shows are One Life to Live, General Hospital, Murder, She Wrote, The Practice, and The Others.

As per the reports, Stephen Macht has an estimated net worth of $700,000 in 2020. All of his fortunes are gathered from his TV shows, films, commercials, and endorsements.

78 years old Macht began his professional journey as an actor in 1974 with an uncredited role of Detective Finley in the action-adventure film The Super Cops. Gradually, he appeared in some TV shows and films like Serpico, Kojak, The Six Million Dollar Man, Big Hawaii, and others.

Similarly, in 1977, Stephen played Spencer Van Moot in the movie The Choirboys. Also, he appeared in a few more films and series such as Nightwing, The Mountain Men, Galaxina, The Last Winter, and Scarecrow and Mrs. King.

Finally, 6 feet 1-inch tall star earned the limelight after playing Detective Del Crenshaw in the film The Monster Squad with André Gower, Duncan Regehr, Stan Shaw, and Tom Noonan. Also, he became a notable part of the movies and TV shows like Stephen King’s Graveyard Shift, Amityville: It’s About Time, The Legend of Galgameth, Watchers Reborn, One Life to Live, and General Hospital.

As of August 2020, Stephen Macht lives in Beverly Hills, California. The average house price in CA is around $440,000.

Stephen Macht was born Stephen Robert Macht on May 1, 1942, in Philadelphia, Pennsylvania, the United States to parents Jerome Irving Macht and Janette Macht.

The actor was only 9 years old when he lost his father. Before his death, Stephen with his older brother was raised in Brooklyn Heights, New York. Later, Match with his mother and sibling moved in Mystic, Connecticut in order to live with his maternal grandfather who was a haberdasher.

In 1963, Suits actor completed his study from Dartmouth College. Later, he earned graduation from Tufts University (1967) and Indiana University Bloomington (1970). Likewise, he also attended the drama school, The London Academy of Music and Dramatic Art (LAMDA).

The couple is proud parents of 3 sons and a daughter. Macht’s children are Gabriel Macht, Julie Macht, Ari Serbin Macht, and Jesse Macht. Among the 4 kids, Gabriel is an actor and Jesse is the musician.