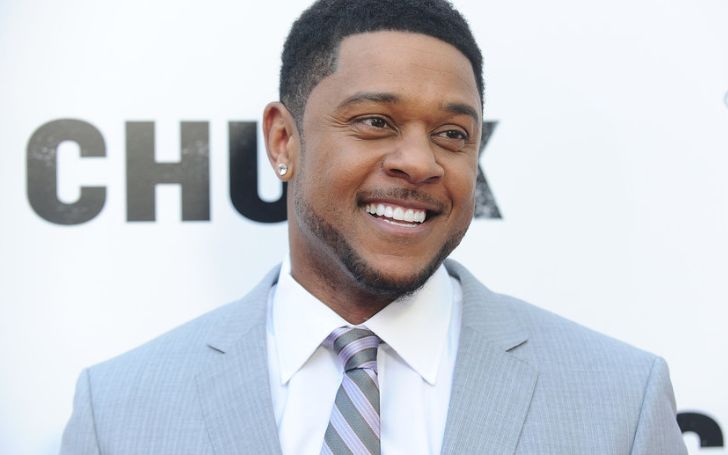 What Is The Fortune Of Actor Pooch Hall?

Famous for playing the role of Derwin Davis on the CW/BET sitcom The Game, Pooch Hall is an American actor, model, and rapper. Similarly, he is also recognized for his performances on TV shows and films like Accidentally on Purpose, Jumping the Broom, Suits, Ray Donovan, and Chuck.

According to the Celebrity Net Worth, Pooch Hall has an estimated net worth of $3.5 million in 2020. On the other hand, The Richest claims that the multi-talented star earned a salary of $40,000 per episode from the television series in 2010.

Pooch Hall started his professional journey as a model. During his initial phase, he appeared in several commercials. After that, in 2001, he first appeared as an actor in the film Lift.

The same year, Hall appeared in the movie Blue Hill Avenue. In 2003, he worked in the film Beacon Hill. Again, he became a part of the films and series like Black Cloud, Without a Trace, Christmas at Water’s Edge, Miracle’s Boys, Pepper Dennis, and Hood of Horror.

Regarding Hall’s education, he attended Brockton High School. Then, he won the Southern New England Golden Gloves for boxing in 1994.

After that, 6 feet tall Pooch enrolled at the University of Massachusetts Dartmouth and started acting along with the UMass Dartmouth Theatre Company.

American rapper Pooch is married to his college sweetheart Linda Baptista. He met his wife for the first time in 1996 when she was a freshman in their college.

After that, in 2004, the pair were again blessed with another baby girl named Djaeda Hall. Likewise, their third daughter, Djulian Bryant Hall was born in 2006.

2 years later, the life partners completed their family after their youngest son, Djordan Hall was born in 2008.

How Much Does Pooch Hall Earn From His Social Media?

As of August 2020, The Game actor is available on Twitter with 497.1K followers and 520,914 followers on Facebook. Similarly, he is also active on Instagram with 543K followers.