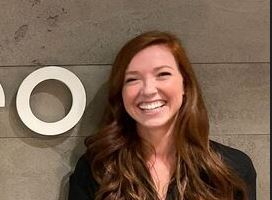 Magali Brunelle is a Canadian lawyer best known as the wife of Jared Keeso, a Canadian actor, screenwriter, and producer. She is a director of legal commercials at Coveo.

Magali first came into the limelight in 2016 when the Godzilla alum introduced her as his girlfriend. She used to work as a corporate lawyer in Canada during that time.

Brunelle got married to Keeso in 2018 after the two had several years of a long-distance relationship. Does the couple have any children?

Magali Brunelle was born on April 10, in Montreal, Quebec. She hasn’t revealed her age but is in her thirties and celebrates her birthday on April 10.

She has a sister named Daphne Brunelle and grew up with her in Montreal, Quebec.

Magali holds a Canadian nationality but his ancestry is still unknown.

She attended the University of Montreal and graduated with a bachelor’s degree in International Studies and Political Science in 2011. The celebrity wife then completed her LL.B. degree from the same university.

Moreover, she earned a Master of Laws degree in LLM and Business Law from the York University – Osgoode Hall Law School.

Magali Brunelle is a Lawyer

Initially, Magali worked as a Social Rights Advisor at Project Genesis in 2012. Afterward, she served as an Undergraduate Research Assistant at Université de Montréal.

She then joined Stikeman Elliott LLP as a Student-at-law/Articling Student and was later promoted to a corporate lawyer position where she worked for a year.

In August 2016, Magali started working as a Corporate Lawyer at Fasken Martineau DuMoulin.

Since then, she has been working as a director of legal commercials at Coveo.

Magali married her husband Jared Keeso on July 4, 2018, in Canada. They had been dating secretly for some years and were in a long-distance relationship.

Her boyfriend turned husband first revealed their affair by sharing a photo of them wrapped in arms. He posted the photo on Twitter on June 30, 2016, but has now deleted it.

The pair became engaged in 2018 and tied the wedding knot the same year on July 4.

They had a private wedding ceremony and walked down the aisle in presence of their friends and family only.

Magali and Jared have been together for nearly a decade now. They lead a private conjugal life and don’t appear much in the media. Besides, they prefer to stay low and never mention their life.

Does the couple have children?

As Magali Brunelle and her husband, Jared live a private life, their fans have many questions related to their offspring. Many people believe that they have children. However, it’s not true.

The couple doesn’t have any kids yet and hasn’t planned on having any time soon. They both are engaged in their career right now.

Who is Brunelle’s spouse Jared Keeso?

Her partner Jared is a Canadian actor, screenwriter, and producer. He is best known for producing and starring in Letterkenny, a comedy series.

His parents are Anne and Richard Keeso. They owned and operated the Keeso Sawmill Company where he worked in his early days.

Jared also played junior hockey at a young age and played for Strathroy Rockets of the WOHL.

He has starred in movies like Godzilla, Elysium, Keep Your Head Up Kid: The Don Cherry Story, I Love You, Beth Cooper, etc. Moreover, his TV credits are Shoresy, Letterkenny, The Guard, Monster Warriors, etc.

How much is Magali Brunelle’s Net worth?

She is a full-time worker at Coveo and with the earnings from the company, she leads a happy life.

Her husband Jared is reported to be worth $4 Million which he amassed from the entertainment industry as an actor, producer, and writer. His earnings from TV series is around $10 thousand per episode.

Moreover, he also makes thousands of dollars from commercials and advertisements.