Legendary Actor Alan Rickman: A Short Look Back On His Career, Family, And Personal Life 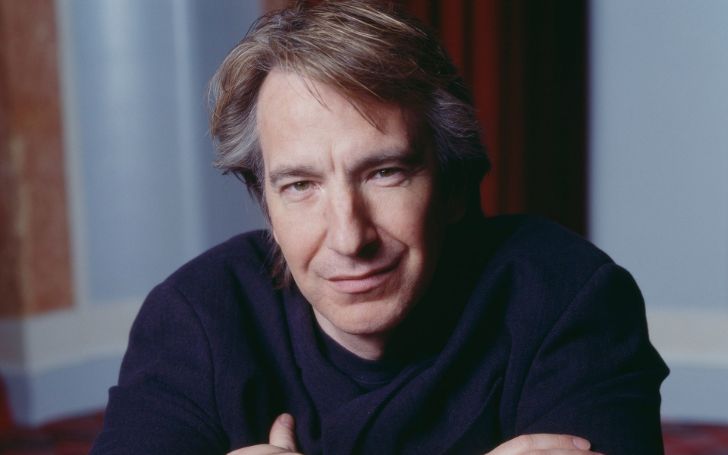 Alan Rickman was an English actor best known for the portrayal of Severus Snape in the Harry Potter film series. Throughout his lifetime, he appeared in numerous films and TV shows like Alice in Wonderland, Die Hard, Truly, Madly Deeply, and Quigley Down Under. Rickman died at the age of 69 in London, England.

He was raised by his mother alongside his siblings David, Michael, and Sheila after his father’s death. Rickman went to Derwentwater Primary School and Latymer Upper School. From 1965 to 1968, he then attended Chelsea College of Art and Design and the Royal College of Art from 1968 to 1970.

Rickman contributed 42 years of his life to the entertainment industry. He earned his first film role as Hans Grover in 1988 film Die Hard starring Bruce Wills and Bonnie Bedelia. Shortly after that, he played Jamie in the 1991 film Truly, Madly, Deeply.

His career breakthrough came with the role of Severus Snape in the British-American film Series Harry Potter. He appeared in all the eight films alongside Daniel Radcliffe, Rupert Grint, Emma Watson, and Kenneth Branagh. As per various sources, he received $1 million for his role as Severus from each movie.

Moreover, he voiced the character Absolem in the 2010 dark fantasy adventure film Alice in Wonderland and its sequel Alice Through the Looking Glass.

Some of his other notable acting credits are The Wildest Dream, Gambit, Eye in the Sky, Fallen Angels, King of the Hill, and Something the Lord Made.

How Much Was Alan Worth Of?

According to Celebrity Net Worth, Rickman was worth $16 million at the time of his death in 2016. He garnered his million-dollar fortune from his successful acting career of over 4 decades.

He lived in Westbourne Terrace, London along with his wife Rima. His flat had 3 bedrooms and bathrooms with wooden floor comprised of modern architecture.

Who Was He Married To?

Rickman was married to Rima Horton whom he had met at the age of 19. The couple began dating and started living together since 1977.

They exchanged their wedding vows in a private ceremony in New York City in 2012. The duo did not share any children. The couple were together until his death.

In August 2015, he suffered a minor stoke which eventually led to the diagnosis of pancreatic cancer. The fact about his terminal cancer was revealed only to his closest confidants.

Rickman passed away on 14th January 2016 at the age of 69. He was cremated on 3rd February 2016 in the West London Crematorium in Kensal Green and his ashes were given to his wife.

Moreover, his last two films of Alan: Eye in the Sky and Alice Through the Looking Glass were dedicated to his memory.