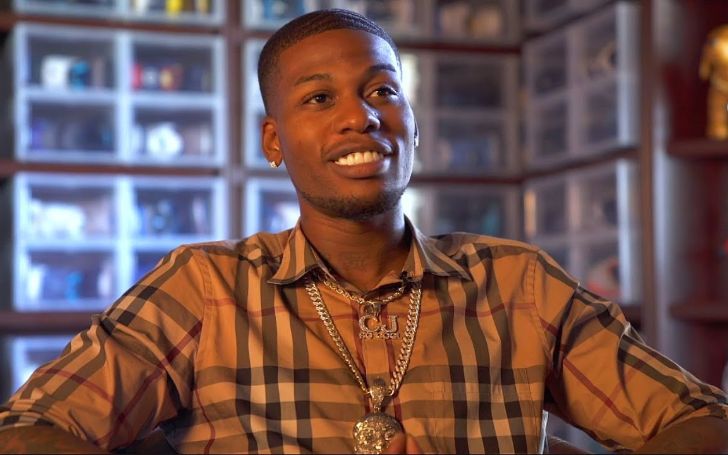 Cordero James Brady aka CJ SO COOL is an American YouTuber who is widely recognized for his prank, reaction, and vlogs on his YouTube channel CJ so Cool with over 8.06 million subscribers. He published his channel on 27th December 2014 and has 876 videos since then.

Born and Raised in Indiana

CJ was born Cordero James Brady on 29th March 1989. He is an American as per his nationality and has Afro-American ethnic descent.

Brady grew up in Indiana alongside his younger brother Jinx. As of 2020, Cordero is 31 years old and stands 6 feet tall.

CJ established his YouTube channel in 2014 and began uploading prank videos, try not to laugh challenge, and day to day vlogs. His reaction videos quickly caught public’s attention. Cj’s channel has over 8.06 million subscribers at the moment.

Back in 2015, other YouTubers accused him of stealing the videos he was reacting on. He along with his brother Jinx received criticism from YouTubers like Pewdiepie, I HATE EVERYTHING, JacksFilms, iDubbbz, and GradeAUnderA.

Moreover, LeafyIsHere focused all of his criticism on CJ and little on Jinx stating his channel as the worst channel on YouTube.

In 2016, CJ uploaded a video of him buying Laxative from a local drug store and putting it into his children’s ice-cream. He filmed the whole thing and laughed as his children went to the restroom in pain.

This video earned him criticism from Pyrocynical, Scarce, DramaAlert, and BlastphamousHD Tv for poisoning and child abuse.

Similarly, the same year, Brady announced on his Twitter account that his YouTube channel was hacked. He wrote “My Page Was Hacked And They Deleted Everything Now I Must Start From The Bottom Again” in the description.

He also stated that it was not the first time he was hacked, his back account was also hacked in the past. During this time, all of his 1,033 videos were deleted from the channel.

Following the event, he re-uploaded old videos to his hack response. After a week, YouTube re-uploaded 700 out of his 1,033 deleted videos. As of May 2020, his channel has 876 videos with 1.893 billion total views.

According to various online sources, Cordero’s net worth is estimated at around $4 million as of early 2020. His primary source of income is his successful career as a YouTuber.

According to Influencer Marketing Hub, he can earn around $7,566 to $12,610 per sponsored post from Instagram where he has an engagement rate of 3.09%.

CJ Is the Father of Three Children

Cordero is married to his long-time girlfriend Charlene Young Royalty Johnson. They reside in Las Vegas along with their children. Recently, they welcomed twins Cordayah and Cordero Jr. on 18th February 2020.