Who Is Maisie Williams? Her Bio, Age, Career, Net Worth, Movies, & Boyfriend 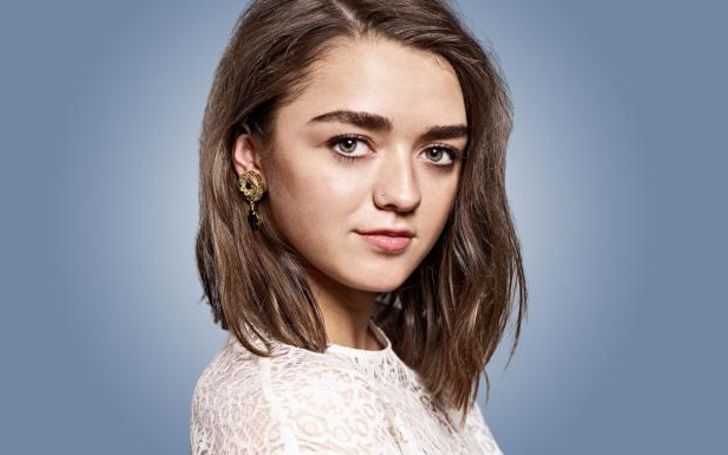 Emmy Award-nominee Maisie Williams is an English actress best known for playing Arya Stark in the HBO fantasy drama series Game of Thrones from 2011 to 2019. Similarly, she is also popular for Cyberbully, iBoy, Gen:Lock, and Two Weeks to Live.

What Is Maisie’s Net Worth?

According to Celebrity Net Worth, Williams is worth $6 million as of late 2020. As per reports, she earns $150 thousand per episode for her role in any television series.

Most of her fortune came from her work in television series Game of Thrones. She appeared in all eight seasons of the show which ended in May 2019.

The 23-year-old actress made her acting debut at the age of 14 when she was cast as Arya Stark in HBO’s historical fantasy drama series Game of Thrones based on George R.R. Martin’s novel series, A Song of Ice and Fire.

In the show, she was cast alongside Kit Harington, Sophie Turner, Sean Bean, Richard Madden, Emilia Clarke, and several others. She appeared in a total of 59 episodes from 2-11 to 2019.

As of 2020, she played Kim Noakes in the mini-series Two Weeks to Live alongside Sian Clifford, Mawaan Rizwan, and Jason Flemyng.

Likewise, she played Rahne Sinclair/Wolfsbane in The New Mutants and Mary in The Owners.

Besides acting, Maisie is also an internet entrepreneur. She co-developed and launched the beta version of a new iOS-compatible app called Daisie which is designed to help artists and creators for showcasing their talent.

Born Margaret Constance Williams on 15th April 1997 in Bristol, England to Hilary Pitt. She is British as per her nationality and has Caucasian ethnic descent.

Williams was raised by her mother and stepfather in Clutton, Somerset. Likewise, she went to Clutton Primary School and Norton Hill School in Midsomer Norton. However, she later transferred to Btah Dance College to study Perofrming Arts.

Who Is Maisie Williams Dating?

The 23-year-old actress is dating a guy named Reuben Selby who is the co-founder of The Contact Agency.

The duo often makes public appearance as a couple. Back in 2019, they appeared at Thom Browne’s Autumn/Winter 2020 wearning a matching suits and corordinated cobalt blue makeup.