Who Is Abigail Spencer? Her Bio, Net Worth, Career, Earnings, Husband, & Children 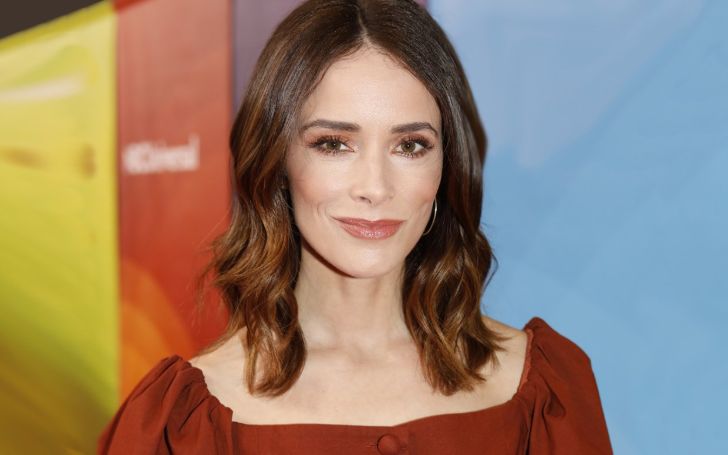 Abigail Leigh Spencer was born on 4th August 1981 in Gulf Breeze, Florida, the United States to Lydia Ann Brown and Yancy Spencer III who was a surfer. She is an American as per her nationality and mixed (English, German, Scottish, and Cherokee) descent.

Spencer grew up alongside her brothers Yancy Spencer IV and Sterling Spencer. She went and graduated from Gulf Breeze High School.

According to Celebrity Net Worth, Spencer is estimated to own net worth at around $3 million as of 2020. Her primary source of income is her career as an actor.

Abigail earned her first major acting role as Rebecca “Becca” Tyree on ABC soap opera All My Children. In the show, she appeared from 3rd June 1999 to 10th April 2001.

She then appeared in television series like CSI: Crime Scene Investigation, Private Practice, How I Met Your Mother, Castle, and others.

Her notable film works are In My Sleep, Cowboys & Aliens, This Means War, Chasing Mavericks, The Haunting in Connecticut 2: Ghosts of Georgia, Oz the Great and many more.

Likewise in 2013, she joined the cast of Rectify as Amantha Holden. She then starred in the show until 2016 and got nominated for Critics’ Choice Television Award for Best Supporting Actress in a Drama Series and Satellite Award for Best Actress- Television Series Drama.

Moreover, from 2016 to 2018, Spencer portrayed Lucy Preston alongside Matt Lanter, Malcolm Barrett, and others in Timeless.

Similarly some of her other television series credits are The Late Late Show with James Corden, Killer Instinct, Mad Men, Wayne, and Reprisal.

Who Is Abigail Married To?

The 39-year-old actress is reportedly single at the moment. However, Abigail was married to Andrew Pruett in the past.

They got married on 3rd April 2004 and welcomed their son named Roman Allen Pruett on 19th September 2008. Unfortunately, due to personal reasons, they filed for the divorce in 2012 and was finalized in 2013.