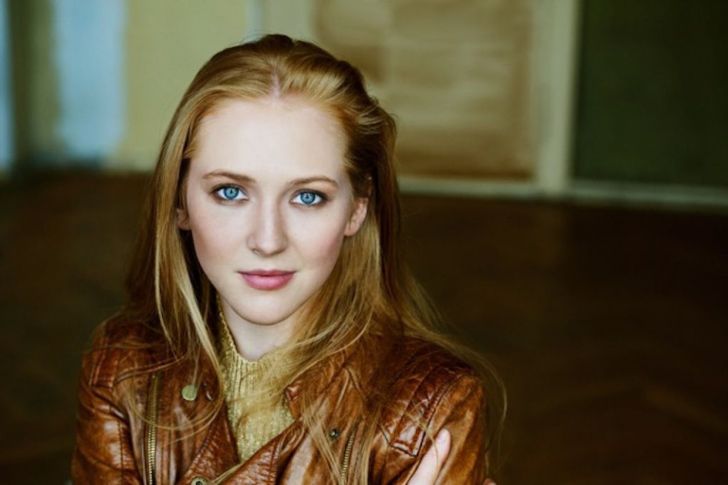 How Much Is The Net Worth Of Actress Gina Stiebitz?

Gina Stiebitz is a German actress popular for playing Franziska Doppler in the Netflix’s science fiction thriller web TV series Dark (2017-2017). Some of her other notable acting credits include Womb, Familie Dr. Kleist, and Ich will dich.

Before appearing in TV shows and films, she has appeared in numerous stage productions at Friedrichstadt-Palast theatre. As per reports, Gina Stiebitz has an estimated net worth of $500,000 in 2020.

Gina Stiebitz is active in the film industry since 2010. She made a debut playing Konstanze “Konny” Mittenzwey on the television series Wie erziehe ich meine Eltern?.

In 2011, Stiebitz played Dima in the science-fiction drama movie Womb starring Eva Green and Matt Smith. The same year, she appeared as Juliane Noak on the TV soap opera In all Freundschaft.

Besides that, Dark star is yet to appear as young Lea in her post-production film The Darker the Lake along with Coline Atterbury, Ludger Bökelmann, and Franziska Brandmeier.

Gina Stiebitz was born Gina Alice Stiebitz in October 1997, in Berlin, Germany. She is so secretive about her personal life that there is no information available about her parents, siblings, and family.

Gina is quite confidential about her relationship status. It is not known whether she is single, dating, or married to anyone. To date, Stiebitz is successful in keeping her private life away from the media. Neither she is spotted with anyone nor she has spoke anything about her partner.

Gina is an easy going, friendly, and fun-loving person. Besides her profession, she loves spending her spare time with her friends traveling to various places.

Stiebitz not only uses her social media for interacting with her fans and entertainment but also endorsed different brands through it. She has promoted a number of brands including JACQUEMUS, Mytheresa, and BVLGARI via her social media.