Who Is Andreas Pietschmann? Know His Age, Bio, Career, Net Worth, Wife, & Children 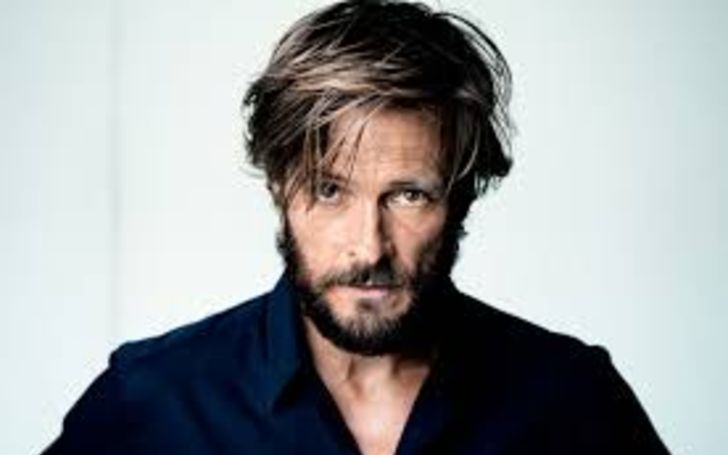 Best known for playing The Stranger in the hit Netflix series Dark, Andreas Pietschmann is a German actor. Similarly, he is also known for Polizeiruf 110, SOKO Munchen, Special Unit, and View gegen Z.

Andreas Pietschmann was born on 22nd March 1969 in Wurzburg, Bavaria, West Germany. He is German as per his nationality and has White-Caucasian ethnic descent.

From 1993 to 1996, Pietschmann enrolled at drama school located in the city of Bochum. Moreover, he went to Schauspielschule Bochum for four years.

Besides this, information regarding Andreas’ family and siblings are not revealed yet.

As per various sources, Andreas is estimated to own net worth at around $1-$2 million as of mid-2020.

He made his acting debut from theatre plays. He also narrated several audiobooks including The Shadow of the Wind, The Law of Dreams, Thanks for the Memories, and more.

Moreover, Pietschmann made his breakthrough from his role as Konny von Brendorp in GSG 9 – Ihr Einsatz ist ihr Leben. He appeared in the show from 2007 to 2008.

In 2017, he joined the cast of thriller web series Dark as The Stranger alongside Louis Hofmann, Maja Schone, Angela Winkler, and Lisa Vicari.

Some of his other notable television series are Rosa Roth, Ein Fall fur zwei, Der Kriminalist, The Team, Cologne P.D., and Die Chefin.

The 51-year-old actor is currently in a relationship with actress Jasmin Tabatabai. The couple shares two children: a daughter names Helena Leila and a son named Johan Anton.

Andreas is also the stepfather to Jasmin’s daughter (from her previous marriage) named Angelina. Together the couple resides in Berlin along with their children.