Who is Bruce Somers Jr.? Biography of Suzanne Somers’ son 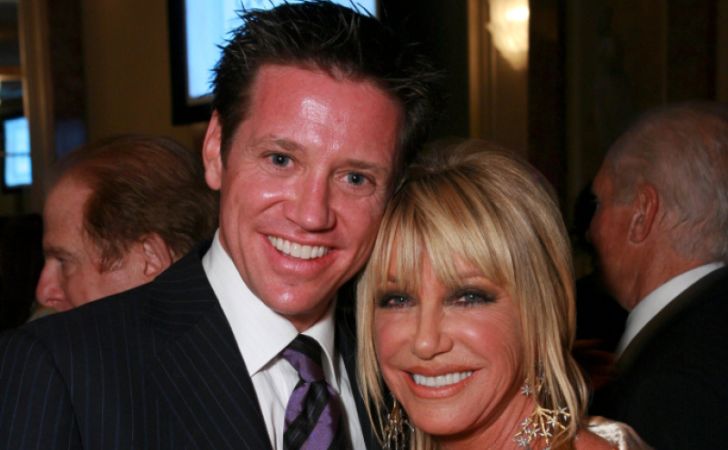 Bruce Somers Jr. is the son of Suzanne Somers and her first husband, Bruce Somers. Bruce is a chief storyteller, director, and founder of Sincbox Media. He also co-founded and worked as an executive producer of Quigley-Simpson for 6 years from 2000.

His mother Suzanne is an actress, author, singer, businesswoman, and health spokesperson who appeared as Chrissy Snow on Three’s Company and as Carol Foster Lambert on Step by Step.

Bruce was born as Bruce Edward Somers on November 8, 1965, in San Francisco, California, to Suzanne Marie Somers and Bruce Somers. He is currently 55 years old. His mother grew up in an Irish-American Catholic family.

Bruce’s maternal grandmother, Marion Elizabeth Turner, worked as a medical secretary, and his maternal grandfather, Francis Mahoney, was a labourer and gardener. He has two step-siblings: Stephen Hamel and Leslie Hamel.

His mother Suzanne married her first husband, Bruce Somers Sr., Bruce’s father, in 1965 when she was 19 years old. It is not known when the couple met and started dating.

The same year, the couple welcomed their child Bruce Somers Jr. However, after being together for just three years, both separated in 1968.

Bruce’s mother became a prize model on Anniversary Game from 1969 to 1970, where she met host Alan Hamel. They dated for several years and tied the knot in 1977. Both have been married ever since.

With Alan, Suzanne doesn’t have any children but has adopted Alan’s two children named Stephen Hamel and Leslie Hamel, born from his first wife Marilyn Hamel. They are Bruce’s half-siblings.

Who is Bruce Somers Jr. married to? His Wife & Children

Bruce is married to Caroline Beth Arminio, though the exact date of their marriage has not been disclosed.

His wife Caroline is an actress, writer, and producer, who is known for her work in She’s a Lot, Gateway and Somersize Part 1, Suzanne Somers: Eat Great, Lose Weight. 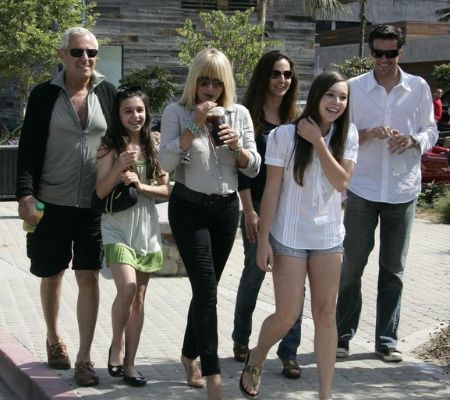 Their daughter, Camelia Marie Somers, was born on October 2, 1995. She has followed the path of her grandmother Suzanne and is known for her portrayal of Charlotte on the CBS daytime soap opera The Bold and the Beautiful.

Camelia attended Harvard Westlake in Studio City, California, and graduated from the University of Southern California in 2018.

Bruce initially worked as the executive producer for Lost Kitty Productions from 1992 to 1995. He then owned Somers and Somers Production where he was a commercial director too.

He then co-founded Quigley-Simpson in August 2000 and also worked as an executive producer for 6 years until 2006. Since 1999, he has also been serving as the chief storyteller and commercial director of his own company Sincbox Media.

Bruce’s net worth is still under review; however, it is estimated to be over $500,000. He is the owner and chief storyteller of Sincbox Media, “one of the top Los Angeles creative agencies” based in Santa Monica, established in 1999.

Meanwhile, his mother, Suzanne Somers, has a net worth of $100 million, as per Celebrity Net Worth.

One thought on “Who is Bruce Somers Jr.? Biography of Suzanne Somers’ son”