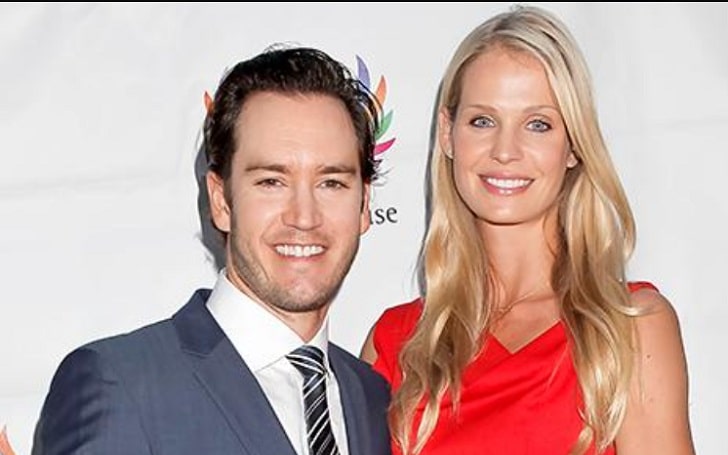 Catriona McGinn is an American interior designer and advertising executive, but she is mainly recognized as the celebrity spouse. She is the wife of Mark-Paul Gosselaar, an established American actor who is famous for his part as Zack Morris in Saved by the Bell.

Born on June 22, 1978, in Canada, McGinn is 43 years old now. She holds Canadian nationality and belongs to the Caucasian ethnicity. The 5 feet 11inches tall has Irish ancestry.

The celebrity spouse attended McGill University from where she received a Bachelor’s degree in Communication & Psychology in 2002. McGinn majored in Media Studies, Cognitive & Child Psychology. After that, she went to study at Simon Fraser University in British Columbia, Canada.

Career Details: What Is Her Profession?

While marrying Mark-Paul, McGinn used to work as an advertising executive. She initiated her professional career as an editor in NewCanadian Magazine. After that, she served as Operations Manager at SparkNet Communications from 2003 to 2006. Also, McGinn was a General Manager at The Nielson Company.

The celebrity spouse joined the team of Paskal Lamour in 2010. Since then, she has been serving as Co-Founder, Director of Sales & Marketing. Not only that, she is an Interior Design Associate at Jeff Lewis Design. So, Catriona is busy with her schedule. On the other hand, her husband, Park-Paul, has been in the entertainment industry since 1986. His notable credits are NYPD Blue, The Passage, Pitch, Franklin & Bash. In NYPD Blue, the famous actor starred alongside Adam Rodriguez, Walton Goggins, and Charles Haid.

McGinn and Mark-Paul Gosselaar tied the knot on July 28, 2012. Their wedding ceremony was held at the Sunstone winery in Santa Ynez, California. The pair got engaged in August 2011. Since then, they have been together, cherishing a blissful life.

Catriona is the mother of two children. She welcomed her first child Dekker Edward Gosselaar on September 13, 2013. After sixteen months of Dekker’s birth, the duo was blessed with another child Lachlyn Hope Gosselaar on February 17, 2015. In addition, Catriona uses Instagram, and her username is @straycatartwork, from where she shares various pictures of arts or designs.

Apart from that, Catriona’s husband shares two children from his previous relationship. He was once married to an actress Lisa Ann Russell. Together with Lisa, he has a son Michael Charles and a daughter Ava Lorenn.

Reportedly, McGinn’s net worth is around $3 million, which she earned from her multiple profession. Formerly she served as an advertising executive, and the average pay for the respective position is $19,051 to $187,200, with a median salary of $76,436. Not only that, she is an interior designer, and the moderate pay for them is $51520, reported by Payscale.

On the other side, her husband, Mark-Paul, has earned a massive fortune from his active involvement in the film industry. And his net value is more than $8 million. The Blue NYPD star collected a huge fortune from his portrayal in numerous big-budget movies.