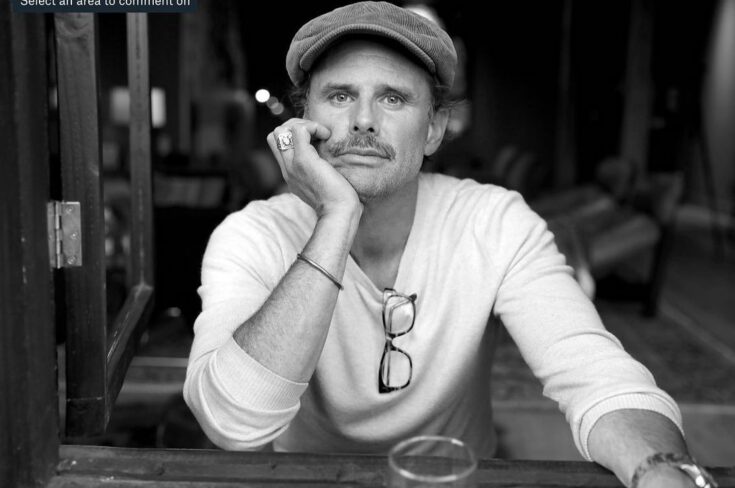 Walton Goggins (Walton Sanders Goggins Jr.) is an Emmy-nominated American actor best known for playing Boyd Crowder in Justified and Sonny Burch in the 2018 film Ant-Man and the Wasp. He also appeared in shows like The Hateful Eight, Tomb Raider, Damage, Daddy and Them, Red Dirt, Stay the Night, JAG, and NYPD Blue.

Goggins attended Lithia Springs High School and then enrolled at Georgia Southern University. However, he did not complete his studies and moved to Los Angeles, California, to pursue an acting career at the age of 19.

Who Is Walton Goggin’s Wife?

Walton was married to Leanne, the proprietor of a dog-walking company, in 2001. Unfortunately, his wife, Leanne, committed suicide in 2004 as she suffered from severe clinical depression.

Later, after fighting years of heartbreak, the actor finally moved on with second spouse filmmaker Nadia Conners. The couple tied the knot in an intimate ceremony in August 2011. They are now parents of a son named Augustus, born in February 2011.

How Did Walton Start His Acting Career?

Walton began his career in Georgia, where he landed in a few minor roles. Then, in 1990 he got a big break in Murders of Mississippi, where he met his mentor and friend Ray Mckinnon.

However, he gained recognition only after his significant performance as Detective Shane Vendrell in the FX series The Shield (2002-2008). He continued to work on the series for six consecutive seasons and rose to fame.

His other important role was on Justified as Boyd Crowder, for which he revied Emmy nominations for Outstanding Supporting Actor in a Drama Series.

Similarly, the 49-year-old actor played many prominent roles; he starred in “Code of the West,” a commercial for Ram Truck’s “Guts & Glory” campaign, in 2011. In the 2012 film Django Unchained, he played Billy Crash, a cruel overseer and slave combat trainer.

Goggins appeared as transgender prostitute Venus Van Dam in the FX series Sons of Anarchy from 2012 to 2013. He previously collaborated with the show’s creator, Kurt Sutter, on The Shield as a writer and executive producer. The moniker “Venus Van Dam” is a pun on Shane Vendrell’s undercover name, “Cletus Van Damme,” which Goggins played on The Shield.

The Justified actor is an enthusiastic photographer who shares some of his work on his blog.
He is also an avid traveler who spends a lot of time in Cambodia, Central America, Morocco, Thailand, and Vietnam.

He is involved with several non-profit organizations ranging from environmental to humanitarian activities. He visits most of the Global Green USA events.

Walton has accomplished a great deal professionally. He has been recognized and nominated for his acting and producing work with Ginny Mule Pictures. Randy & The Mob, together with Mckinnon and Ginny Mule projects, earned him the Spirit of Slamdance Award.