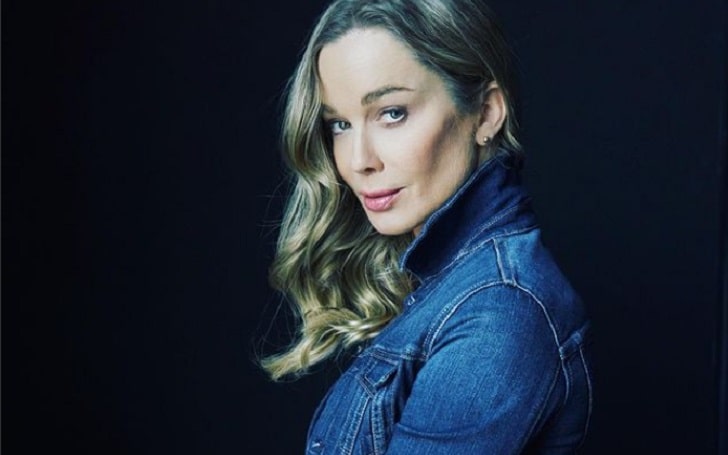 Former beauty queen Jennifer Gareis is now an American actress who rose to fame for playing the role of Donna in CBS’ soap opera, The Bold and the Beautiful.

Not only that, she gained praise after appearing as Grace Turner on The Young and the Restless.

Regarding personal life, the experienced actress is married to her husband, Bobby Ghassemieh, with whom she has two children.

The Young and the Restless star is married to her beloved husband, Bobby Ghassemieh. The lovely pair married on March 7, 2010, in the presence of their relatives and close ones.

The duo happily cherishes their married life and is not involved in extra-marital affairs. We can follow Gareis on Instagram, verified as @jennifergareis. From her Instagram account, Gareis shares carious photos with her kids and spouse.

Jennifer Gareis was born in 1970 in Lancaster, Pennsylvania, the United States making her age 51 years now. Her birthday falls on August 1.

She holds an American nationality and belongs to the Italian ethnic background.

The 5 feet 6 inches tall actress received honorary citizenship from Militello in Val di Catania with the help of her great-grandmother, Sebastiana Tringali.

Gareis went to J. P. McCaskey High School and graduated in 1988. After that, she attended Franklin and Marshall College, from where she obtained a Bachelor of Science degree in accounting in 1993.

And to receive a Master’s of Business Administration degree, the actress studied at Pepperdine University.

A Look At Her Professional Career

Gareis came into the entertainment industry as a model and later ventured into the showbiz industry. In 1992, she competed in her first beauty pageant at Miss Pennsylvania USA, placing second runner-up.

Likewise, she contended in New York and won the Miss New York USA 1994. Gareis also represented New York in the Miss USA 1994 pageant held in South Padre Island, Texas. In that event, she was finalized in the top six of the nationally televised pageant.

The beauty pageant winner became interested in acting and first appeared in The Mirror Has Two Faces. Her breakthrough role came after she landed the part of Grace Turner on the CBS soap opera The Young and the Restless.

Not to mention, The Young and the Restless also stars Tracey E. Bregman, Eden Riegel, and Susan Walters. She has appeared in several movies, including Private Parts, Gangland, Diagnosis Murder, Venus on the Halfshell, Veronica Mars, etc.

The Veronica Mars star is also known for her current role as Donna Logan on The Bold and the Beautiful. Besides, we can see her appearances in Soul Harvest and Comedy Bang! Bang!.

Soul Harvest cast Jennifer Gareis’s net worth is around $1 million. She makes most of her profits from her profession as an actress.

Apart from acting, she also receives a fair amount from different sources such as cameo appearances, advertisements, and endorsements. As per a site, the average salary of an actress is $50782.

So, she must have added a hefty sum of money to her bank account for her modeling career.