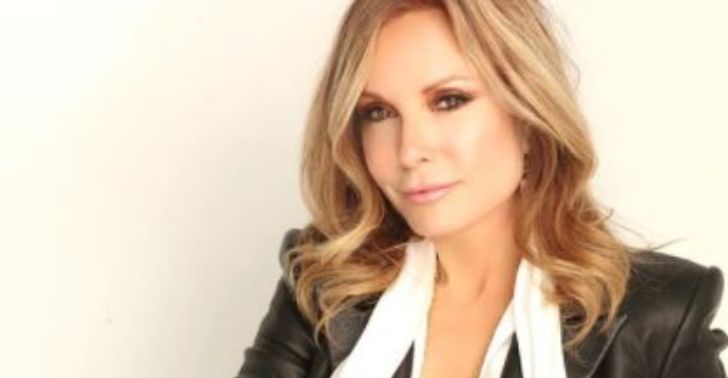 American soap opera actress Tracey E. Bregman who has been acting since she was 11 years old is now a popular household name. She is famous for playing the Daytime Emmy Award-winning role Lauren Fenmore on The Young and the Restless.

How Old Is Tracey E. Bregman? Who Is Her Father?

Her father, Buddy Bregman was an American music arranger, and the mother, Suzanne Lloyd is a Canadian film actress. By nationality, the Daytime Emmy Award winner holds an American nationality and belongs to the white ethnicity.

Career Insight: Success From The Young and the Restless To The Bold and the Beautiful:

Tracey started her professional journey with uncredited role in the 1978 television movie Three on a Date. Audience started recognizing her after she played Donna Temple Craig on the series Days of Our Lives from 1978 to 1980.

Finally, the 57-year-old got international fame after portraying the role of Lauren Fenmore in the soap opera The Young and the Restless. In the show, she worked alongside Doug Davidson, Eric Braeden, Peter Bergman, and even won Daytime Emmy Award and Young Artist Award.

Additionally, her other notable acting credits include The Littlest Hobo, Happy Birthday to Me, The Love Boat, The Concrete Jungle, The Fall Guy, The Family Tree, Hungry Dog, Misogynist, Low Lifes, and A Very Charming Christmas Town.

Between 1993 to 2007, Bregman played Lauren Fenmore in the soap opera The Bold and the Beautiful starring Katherine Kelly Lang, Ronn Moss, and Susan Flannery. In the coming years, she would appear in her upcoming projects: Swag Town and City Limits.

What Is Tracey E. Bregman?

CBS show The Young and the Restless actress worth $7 million as of Celebrity Net Worth. So far, she has altogether 21 acting credits under her name.

Besides acting, the well-known household personality also owns an inspired clothing line “Bountiful Buddha”. Also, as a side business, she has her jewelry line on The Shopping Channel, called the Tracey Bregman Collection which is only available in Canada.

Previously, Tracey had a house in Malibu, California. Alas, in November 2018, she lost her mansion to a wildfire.

Mother Of Two: Who Is Tracey E. Bregman Husband?

The Munich-based actress is married to Ronald Recht. The couple exchanged a wedding ring on December 5, 1987.

Moreover, as per some online sources, Bregman began dating Brian Landow in 2015. Once she talked about her relationship with her boyfriend saying:

“We were social friends for years, every time we were together, thought to myself, kind of guy I should be dating, he was in a relationship, “He thought I was hot, called me ‘sis.’ 3 yrs later, both single, he called about the business opportunity, asked me out, shocked as just friends. More? Yes!

However, as of now, it is not known if she is still together with her partner Landow.

One thought on “Soap Opera The Young and the Restless Actress Tracey E. Bregman”