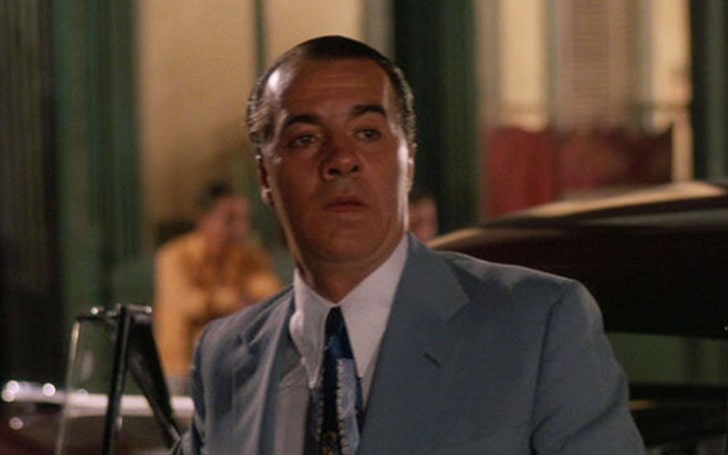 Talented American actor Tony Sirico is widely famous for portraying Paul Paulie ‘Walnuts’ Gualtieri in the American crime drama The Sopranos alongside Ray Abruzzo and Leslie Bega. Not only that, but Sirico is also a voice actor and has given voice work in various films and movies.

Born on July 29, 1942, Tony is 79 years old. He is a New York City, U.S native who spent early days in Brooklyn, in the East Flatbush and Bensonhurst neighborhoods, together with his siblings Robert Sirico and Carmine. In addition, Robert is an American Roman Catholic priest. He is also a founder of the Acton Institute for the Study of Religion and Liberty of Grand Rapids, Michigan.

His parents are Marie Sirico and Tony Sirico Sr. From an early age, Sirico had several run-ins with the law and would end up building quite an unfavorable reputation within his community. Currently, he is based in Bensonhurst, Brooklyn.

The 5 feet 8 inches tall was convicted of several crimes and had been arrested 28 times. His crimes included disorderly conduct, assault, and robbery. On February 27, 1970, Tony was arrested at a restaurant and found with a .32 caliber revolver on his person. Likewise, he was indicted for extortion, coercion and felony weapons possession, convicted in 1971.

After that, Sirico was sentenced to four years in prison, of which he served 20 months at Sing Sing. He was also the owner of a discotheque in Manhattan during that period. And his interest in acting developed when Sirico was visited by an acting troupe composed of ex-convicts during his imprisonment.

Rise To Prominence: A Look At His Career

Sirico has been active in the entertainment industry since 1974. He starred in the 1989 documentary The Big Bang by James Toback, in which he conferred his early life. And in 1974, he got a chance to appear in the film named Crazy Joe. Meanwhile. Sirico often plays the character of Italian American gangsters. His gangsters’ character can be found in numerous movies, including Goodfellas, Mob Queen, Mighty Aphrodite, Love and Money.

Many people also love not only that but his policeman work in movies. He has starred as a policeman in Dead Presidents and Deconstructing Harry. Furthermore, Sirico got more into the limelight after appearing in The Sopranos. Moreover, he has received various awards, including Screen Actors Guild Awards.

In his name, Sirico has more than 80 credits and is still working actively in this field. His upcoming projects are All Mobbed Up, Street Justice, Respect The Jux, Super Athlete, and If I Go Will They Miss Me. In addition to that, we can also see his appearance in American Dad!. In a video game, The Sopranos: Road to Respect as Paulie “Walnuts” Gualtieri, he has also given his voice.

Tony Sirico is a married man but has kept his better half’s details far from the public’s eyes. Similarly, the actor has not disclosed when and how they got married or how their relationship blossomed.

But we know, Sirico is the father of two children named Joeanna and Richard Sirico. Both of his kids are in their 30s. Furthermore, Sirico is now based in Bensonhurst, Brooklyn, with his happy family.

Sirico’s Net Worth In Six Figures

According to Celebrity Net Worth, Sirico has a net worth of $10 million. Due to his vigorous involvement in the film industry, Sirico can collect a tremendous fortune. No doubt, he lives a lavish life with great earning. However, some sources say his net value is over $15 million in 2022.

Furthermore, Sirico is making all of his gains from a respectable job as acting. And the average for an actor in the United States is $20.01 per hour and $5078 per year. Likewise, he has worked in many movies and has surely added a huge sum of money to his bank account. Sirico appeared in The Sopranos that had a budget of $2 million per episode, so the respective project must have paid him well.

Likewise, he has starred in Mickey Blue Eyes, which had a budget of $36 million and its box office collection is $54.3 million. In 1997, he was a part of Deconstructing Harry, and it collected a profit of $10.6 million. With his rise in fame and income, Sirico’s worth will definitely rise in the future.