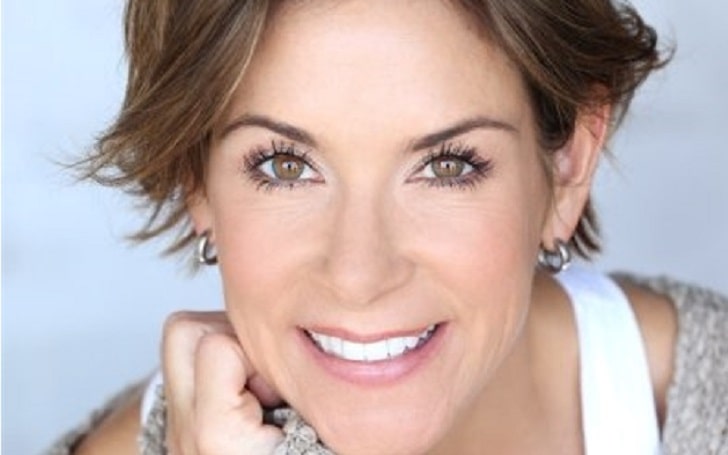 Jane Hajduk is an American actress from Oil City, Pennsylvania. She is a multi-talented personality who has appeared in numerous films and television series, including Zoom, NCIS, Dirty Little Secret, Ultimate Spider-Man, etc. Besides, she is one of the most influential personalities in this industry who has amassed over a million-dollar fortune.

Jane Hajduk was born in Oil City, Pennsylvania, US, on October 26, 1966, to her beloved parents, Matthew J. Hajduk and Elizabeth Hajduk. Currently, she is 55 years old. She holds an American nationality and belongs to the mixed ethnic background of Hungarian-American-Caucasian.

Hajduk peaks at the height of 5 feet 9 inches and weighs around 138.9 lbs. Reportedly, she pinpoints as a staunch Christian who was raised in a religious family. The actress has not shared anything about her educational background, but we are sure she might have received some degree.

Wiki-Bio: Insights On Her Professional Career

Jane Hajduk came into the showbiz industry in 1993 by appearing as Angela in the movie Sex Crimes. After two years, she got a chance to portray Maegan in the short movie Nothing Man. Further, Hajduk got more into the spotlight after she landed the part of Lisa in the tv series, Chicago Hope which also stars Thomas Gibson and Steve Schirripa.

In 2001, Hajduk starred in Joe Somebody; after three years, she came into fame after appearing as an Attractive Woman in the hit series NCIS. Meanwhile, she is also a voice actress and has given her voice in a video game named Ultimate Spider-Man. Her other notable credits are Tales from the Catholic Church of Elvis!, Nightmare, Zoom, Monk, Ty the Pie Guy, Ovation, Year by the Sea, etc.

Jane Hajduk is a married woman who is hitched to her husband, Tim Allen. The couple tied their marital knot on October 7, 2006. Before getting vowed, they were dated each other for around five years. Moreover, Hajduk and Allen tied their marital knot in an intimate, outdoor ceremony in Grand Lake, Colorado. In their wedding ceremony, few guests and family members were present.

Furthermore, the duo welcomed their first daughter named Elizabeth in March 2009. Now, the happy family lives in some parts of the United States. Apart from that, Tim was formerly wedded to Laura Deibel. They were together from April 7, 1984, to 2003. Also, they had a daughter, Katherine, who was born in December 1989.

Meanwhile, Tim is an established American actor and comedian who has been in the industry for over a decade. He is famous for his work in Home Improvement, Last Man Standing, Santa Clause film trilogy, and Tropical Snow.

Actress Jane has amassed a fair sum of wealth and riches from her active involvement in the showbiz industry. As per some sources, she is estimated to have a net worth of around $1.1 million. She makes most of her gains from being an actress, and the average pay of an actress in the US is $91401 a year.

Jane often donates for various charitable works and has also worked for the Elton John AIDS Foundation. Besides, she has worked in various movies that have done well in the industry. Some of the are listed below:-

Apart from that, her husband, Tim, has a massive wealth valued at over $100 million. He earned this fortune from his outstanding work in numerous films and television series. Additionally, he made around $235,000 per episode from his appearance in the series named Last Man Standing.