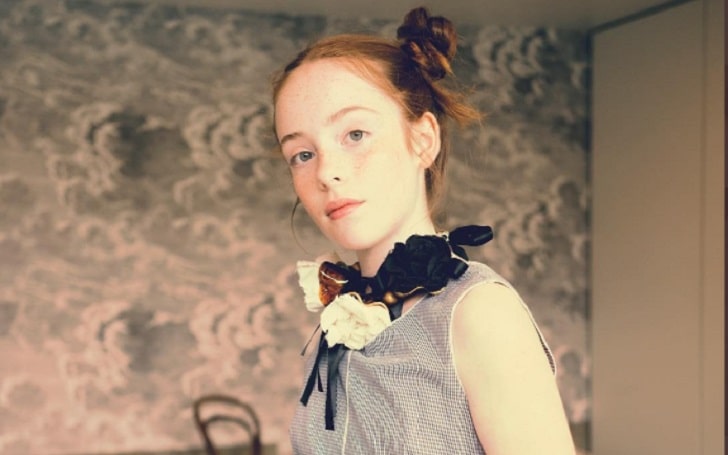 Beatrice Kitsos is a Canadian child film and television actress who won the Joey Award for her appearance as Laine Cummings in the tv series, The Baby-Sitters Club. Just at the age of 15, Kitsos has gained fame for her amazing acting skills in several series and movies. The actress began her career as a model and theatre actress in the entertainment industry.

Age and Height: Short Details On Her Early Life

Born on April 18, 2006, Kitsos was raised by her parents, Lorraine Kitsos and Rob Kitsos. She is now 15 years old, and her height is approx. 4 feet 8 inches. The Canadian native had a dog named Henry. She is also close to her grandmother, and when she is not on the stage, Kitsos wears her ring.

Career As A Model And Actress

Before getting involved in the big-screen, Kitsos modeled for several brands. She was a model for Redfish Kids Clothing Fashion Shows. Not only that, the child actress worked for Clower Photography and Redfishkids TV. Moreover, Kitsos also toiled for Print Kharen Hill Photography, Breakfast Television and Fit Model Breakfast Television.

The Baby-Sitters Club alum has a portfolio of performing in theatre plays as she performed in Romeo and Juliet Various Bard on the Beach. She came onto the big screen in 2016 by landing the role of 11-Year-Old Girl in the hit television series Travelers. Following year, she got a chance to work as Harper in The Exorcist. Additionally, The Exorcist also features talented personalities like Sophie Thatcher and Michael Patrick Thornton.

Similalry, the Travelers cast has appeared in other television series like Project Blue Book, iZombie, The Baby-Sitters Club, and Are You Afraid of the Dark?. Not to mention, Kitsos’ fame rose more after she was portrayed in Upside-Down Magic and Tempting Fate.

Kitsos Boyfriend: Is She Dating Someone?

No, Kitsos is not dating, and she does not have a boyfriend. Currently, the actress is just 15 years old, so there is nothing disclosed about her romantic affairs. She has appeared alongside various male artists with whom she is a good friend off-screen.

Kitsos does not talk about her personal life in the media, so it isn’t easy to know about her love life. We can follow her on Twitter, where she is registered as @BeatriceKitsos and has collected decent followers. She also has an Instagram account but has kept it private, a fan page under her name.

Net Worth And Earning Details

With her active involvement in the film line from an early age, Beatrice Kitsos has added a fair sum of amount to her name. According to Hollywood Magazine, Kitsos’ net worth is around $1.5 million. As she has worked in movies and television series that grossed huge profits, she must have gained a good amount of money from it too.

Not to mention, the average pay of an actress in Canada is $98859. She might not be getting in the same range, but her bank balance will surely increase more in the future. Kitsos not only earns as an actress but also as a model and theatre actress. In addition, the moderate pay of a model in Canada is $45,000 per year or $23.08 per hour. And theatre actress in Canada earns around $43,762 per year or $22.44 per hour.