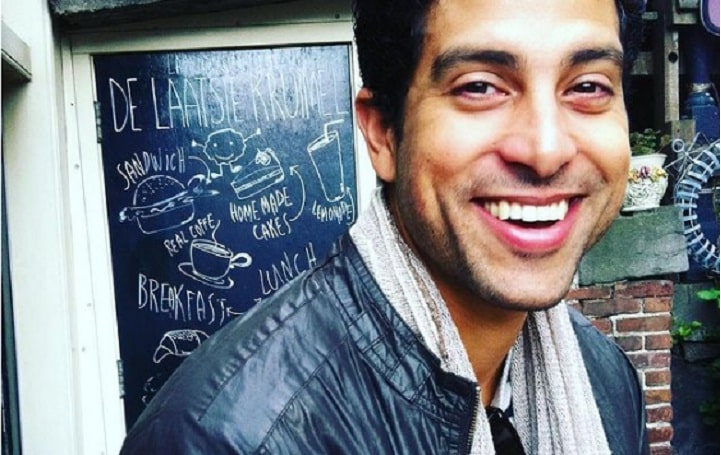 Adam Rodriguez is an American actor who is counted as one of the richest actors in 2021. He played the character of Eric Delko in CSI: Miami, which helped him gain prominence in Hollywood. His passion for film started as a teen, and in recent years, Rodriguez has also tried direction.

Born on 2nd April 1975, in Yonkers, New York, US, Rodriguez holds an American nationality whose age is 46 years now. The multi-talented personality is the son of Janet and Ramon Rodriguez. His father, Ramon, is an executive with the United States Hispanic Chamber of Commerce, while his mother, Janet, is an airline ticket agent.

Further, the Criminal Minds cast belongs to a mixed ethnic background as his dad is of half Puerto Rican and half Cuban origin, and his mother is of Puerto Rican heritage. He went to Clarkstown High School North in New City and graduated in 1993. He was excited to pursue a career in acting from very early, and he performed in a children’s theater in New York. Before getting engaged in acting, he was a stockbroker.

A Look At His Professional Career

Adam began his entertainment career by appearing in several commercials, including for Coca-Cola. He made his first appearance in The X-Files. And in 1997, Rodriguez played the part of Uniform Cop in the tv series NYPD Blue. Similarly, he has starred in various music videos, including Jennifer Lopez’s 1999 video If You Had My Love and Busta Rhymes. The X-Flies cast was a member in the pro-Barack Obama video Yes We Can.

In 2013, Rodriguez landed a recurring role on the Fox comedy The Goodwin Games next to Becki Newton and Scott Foley. Additionally, he played Bobby, Hilda’s love interest, in the 4th season of Ugly Betty. Recently, Adam resembled Bobby Diaz in a recurring role in the NBC drama series Ordinary Joe (2021).

Rodriguez also directed the Hunting Ground” & “At-Risk episode of CSI: Miami (2011-2012) alongside stars like A. J Cook, Thomas Gibson, and Cody Saintgnue. We can see his directing works in Scorpion (TV series) and Criminal Minds. The 6 feet tall actor has also taken home several awards, including ALMA Award (2011), Image Award (2010), and Teen Choice Award (2012). He was also nominated for the Image Foundation Awards in 2005 for Outstanding Supporting Actor in a Motion Picture in I Can Do Bad All by Myself.

Adam Rodriguez Net Worth In Millions

The multi-talented guy, Rodriguez has amassed a huge fortune from his multiple profession. He gained immense popularity and huge wealth through his work as an actor, director, and writer. Celebrity Net Worth reports his net worth to be around $15 million. No doubt, he has earned his wealth by acting in many films.

Likewise, his fame mainly comes from playing in the television series CSI: Miami, and he has worked in this show for a very long period. So, Rodriguez lives a luxurious lifestyle, thanks to his hard work and dedication to the industry. As a well-established personality, he also makes money from endorsements, and as per the Influencer Marketing Hub, his estimated earning per post on Instagram is $1,617 – $2,695.

Furthermore, the average salary of a director in the US range from $146,400 to $219,600, so Adam might be making in the same range. On the other hand, he has starred in several movies that have massive box office hits, which are enlisted below:-

Rodriguez and his wife, Grace Gali, exchanged wedding vows in 2016. His wife is a model by profession. Together the couple has three children. Their son Bridgemont Bernard Rodriguez was born on March 16, 2020. Meanwhile, Adam breaks his time between New York City and Los Angeles. Also, he has a third house in Puerto Rico.

Apart from that, Rodriguez often shares moments with his family through his Instagram handle, where he is registered as @adamrodriguez. So, we can follow him to get more updates.