Days of Our Lives Alum Nadia Bjorlin Biography: Who Is Her Husband? 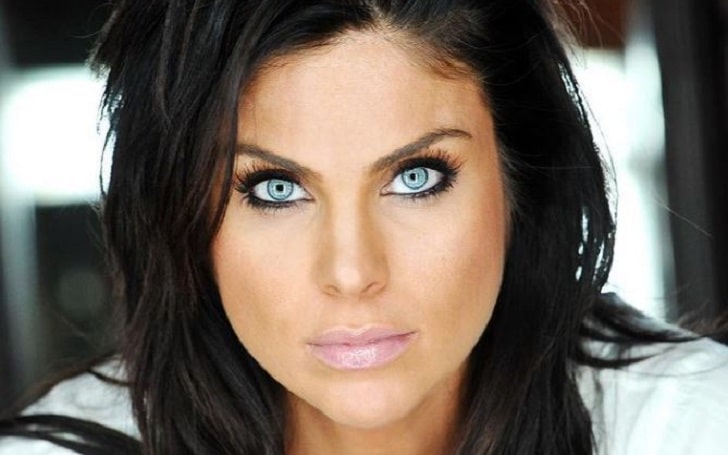 Nadia Alexandra Bjorlin AKA Nadia Bjorlin is an American actress known for her casting role in the NBC daytime soap opera Days of Our Lives as Chloe Lane. The 41-years old actress was nominated for ISA in 2011 for her outstanding role in Venice the Series.

Family Background: How Many Siblings Does She Have?

Furthermore, Bjorlin is multilingual and is fluent in English, Swedish, and Persian. Additionally, she is schooled in French, Italian, and Russian. She lived in Sweden and the U.S. until age 7 before permanently moving back to her country of birth, America. Currently, she is based in California. Bjorlin holds an American nationality and belongs to mixed ethnicity, i.e., Swedish and Persian, from her parent’s side.

Marital Life: Everything On Her Past Relationship

The talented actress is hitched with her beloved husband, Grant Turnbull. On February 14, 2014, they met each other at a valentine party hosted by Grant. Later the duo fell in love and got engaged in August 2014.

Finally, the romantic couple married on May 15, 2015, in Palm Springs. Since then, they have been leading a blissful life and blessed with two sons Torin Mathias and Viggo Sebastian.

Apart from that, Bjorlin was formerly in a relationship with multiple guys. She reportedly dated Los Angeles radio personality Frank Kramer around 2000 or 2001. Likewise, Days of Our Lives alum was involved with an American actor Bruce Willis around 2001–2002. As per a report, The Marriage Undone cast was once engaged to Daniel Sadek, who produced her film Redline.

Similarly, Bjorlin was dating Brandon Beemer for seven years until 2013. They were rumored to get married, but the news was fake. Currently, the actress is happy with her husband and kids residing in California. Additionally, her spouse Grant is a property developer and home builder.

Short Details On Her Professional Career

Nadia Bjorlin has been in the industry since 1999 and has starred in more than thirty movies or tv series. Besides, her debut movie came in 2002 when she appeared in The Marriage Undone. She is also a singer and has worked in Redline. Furthermore, Bjorlin got more fame after playing the role of Crystal Hasselbeck in the tv series CSI: Crime Scene Investigation.

Nadia guest-starred on 2 Broke Girls as the owner of a cat found by the girls in an episode broadcast on October 7, 2013. Additionally, she has starred as lesbian author Lara in the web series Venice: The Series since 2009. The Redline cast also competed in the Miss Florida Teen USA Pageant in 1998, achieving as the second runner-up.

Likewise, Bjorlin is the co-host of Coming Out with Reichen, an internet radio show. Meanwhile, she went to the Palm Beach School of the Arts for her first two years of high school. Some of the movies and shows she has appeared in are mentioned below:-

Nadia Bjorlin Net Worth In 2021

The List cast has accumulated a good sum of money from her multiple profession. Even though her actual income is not available, Celebrity Net Worth has mentioned it to be around $2 million. Despite this, the average annual pay of an actress in the United States is $91401. So, she has surely earned a decent fortune as an actress.

Similarly, Bjorlin earns money from sponsorship. The Influencer Marketing Hub says her estimated earning per post on Instagram is around $382.5 – $637.5. Moreover, the actress lives a quality life in California, and the median home cost is $684,800. Undoubtedly, Bjorlin has gained fruitful profit by appearing in numerous big-budget movies.