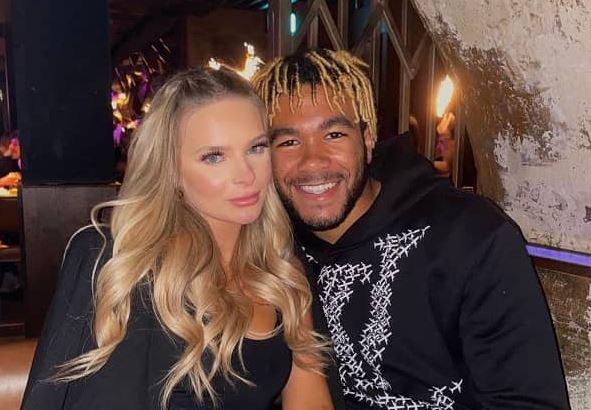 She is a future lawyer as she has completed Bachelors in Law and currently works as a Restructuring Support Coordinator at Kirkland & Ellis.

McClenaghan was born on November 11, 1999, in Chelmsford, England. She is an English citizen.

Mia McClenaghan went to a local school for primary education and then attended Chelmsford County High School for Girls from 2016 to 2018.

For her higher studies, she enrolled at Royal Holloway, University of London, and earned Bachelor of Laws – LLB, Law degree in 2021.

After her graduation, Mia worked for McKenzie Friend as a domestic abuse representative. After that, she had a part-time job at Citizens Advice as a housing law researcher.

In September 2019, she took a part-time job as a Legal Advice Clinic Senior Interviewer at Royal Holloway, University of London.

Since April 2022, she has been working as a Restructuring Support Coordinator at Kirkland & Ellis.

Mia McClenaghan is dating her football player boyfriend Reece James since early 2020. They met for the first time in Londo but the details about their first meeting and date out hasn’t been disclosed.

The couple prefers a private relationship and doesnt flaunt their love life on social media and in public. Likewise, the racial differences has caused no barrier for the couple to show their love to each other.

Mia supports her boyfriend in his career and often goes to the stadium to cheer up her partner during his matches.

Details about her Boyfriend

Her partner Reece is an English footballer. He plays as a right-back for Premier League club Chelsea English National Team.

He was born on 8 December 1999, in Redbridge, London, England. His father Nigel James is a former player who currently owns a football training institute Nigel James Elite Coaching Academy.

Moreover, his sister Lauren, born 29 September 2001, is also a footballer who plays as a forward for FA WSL club Chelsea.

He is a product of Chelsea’s academy and made his senior debut in 2018 and has won several awards with the club since then. Moreover, he also plays for the national team.

Working as a Restructuring Support Coordinator in London, she earns around £60,000 a year. Earlier, she worked different jobs but her earnings is unknown.

His net worth is estimated to be around $10 Million.

The football WAG is a social media user but isn’t active. She has more than 25k followers on Instagram @miamcclenaghan but has only 2 posts.