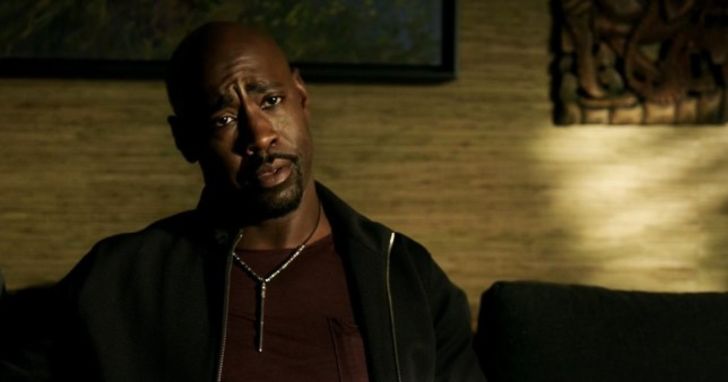 What Is The Fortune Of Lucifer Actor D. B. Woodside?

Famous for playing the angel Amenadiel in the Fox/Netflix original series Lucifer, D. B. Woodside is an American actor. He is also known as Principal Robin Wood in Buffy the Vampire Slayer, and Colin in Romeo Must Die.

Similarly, Lucifer actor is also famous for his roles: Wayne Palmer in 24, Malcolm in Single Ladies, and Jeff Malone in Suits. According to the Celebrity Net Worth, D.B. Woodside has an estimated net worth of $3 million.

Debuted With Murder One Season 2

D.B. Woodside made his acting debut playing Aaron Mosely on the television series Murder One Season 2 (1996-1997). Then, he guest-starred in several shows like The Practice, Snoops, The Division, Once and Again, and JAG.

Additionally, D.B. came to the spotlight for playing Colin in the film Romeo Must Die. Also, he starred as Principal Robin Wood in the final season of television series Buffy the Vampire Slayer from 2002 to 2003.

Similarly, Woodside is also active on Instagram with 1.4 million followers with an engagement rate of 1.84%. As per the Influencer Marketing Hub, he earns around $2,980.5 to $4,967.5 per sponsor post.

D. B. Woodside was born David Bryan Woodside on July 25, 1969, in New York City, the United States. Despite the fact, he has a brother and sister, the details regarding his parents and family are yet unavailable.

Lucifer star attended Roy C Ketcham High School. Similarly, he attended the State University of New York and received his BA degree. He is also a graduate of the Yale School of Drama‘s MFA program.

Single Ladies star D.B. Woodside is living a confidential life in 2020. He has not revealed whether he is single or dating anyone at the moment.

Previously, 51 years old D.B. was dating an actress Golden Brooks. He began dating his then-girlfriend in 2006 and later, broke up in 2010.

Woodside with his former partner shares their first child. The duo welcomed their daughter, Dakota Tao Brooks-Woodside on September 1, 2009.