Christian Pulisic’s Parents and Family: Does he have a Girlfriend? 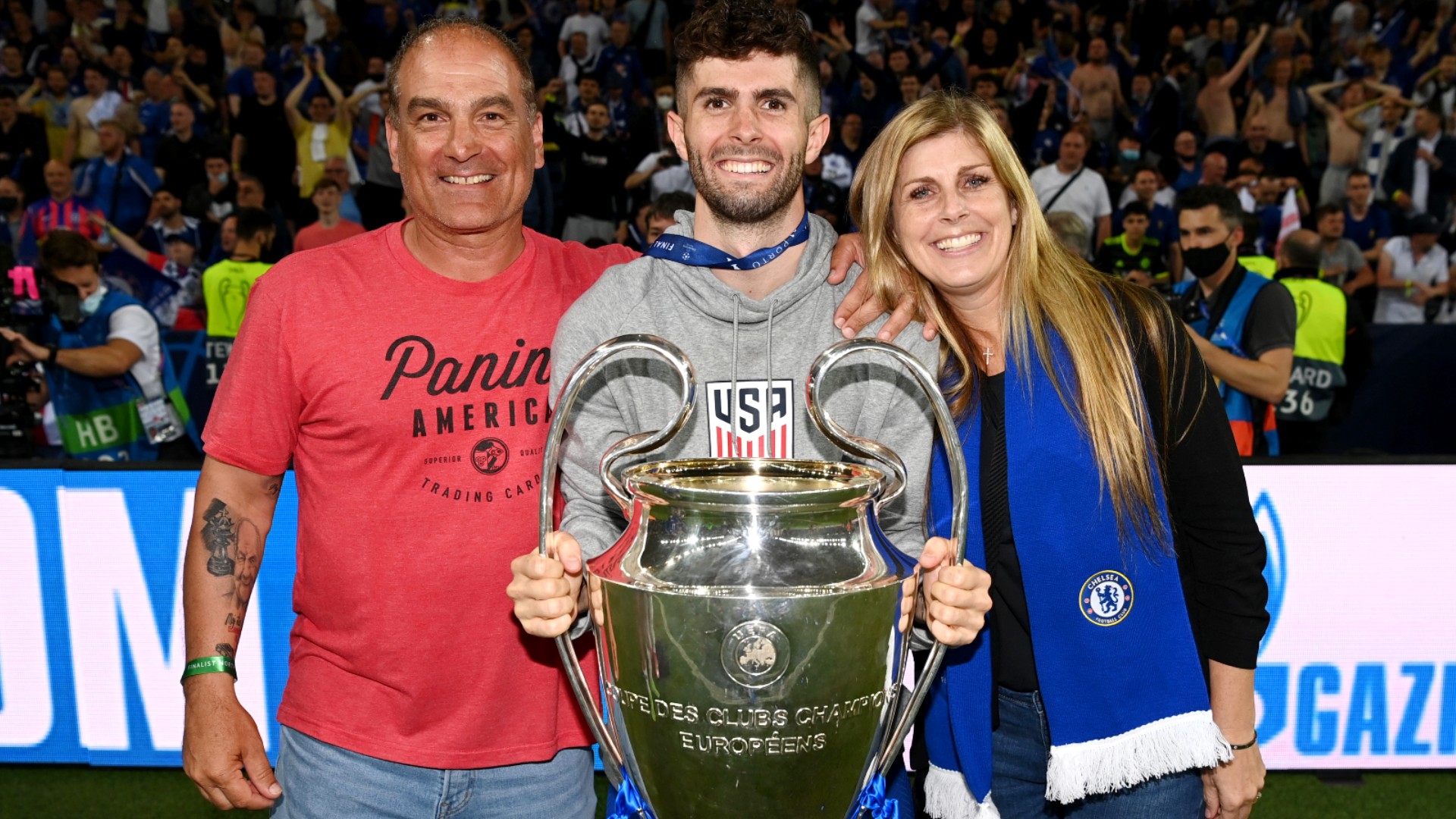 Pulisic is currently signed to the Premier League club Chelsea FC and plays as a forward.

The youngster has been a vital part of the Blue Devils and was an important member of the team that won the UEFA Champions League, UEFA Super Cup, and FIFA Club World Cup in 2021.

Famed for his high-level play, Pulisic is a popular name among soccer fans. However, his fans also have several questions about his personal life and family. Who are Christian Pulisic’s Parents? Has he married already? Who is his girlfriend/ wife?

Pulisic was born to his father Mark Pulisic and his mother Kelley Pulisic. His parents both are former collegiate soccer players at George Mason University.

His father played for George Mason Patriots from 1986 to 1989 and was inducted into the George Mason Men’s Soccer Hall of Fame.

While Christian’s mother left soccer after marrying Mark, his father continued soccer as a professional player and joined the Harrisburg Heat of the National Professional Soccer League (NPSL) in 1999.

Mark Pulisic played his entire career for the Heat until 1999. In his honor during his retirement, Heat organized a Mark Pulisic Night at the Farm Show Arena in Harrisburg, Pennsylvania.

Pulisic was even inducted into the team’s Hall of Fame.

He was born on September 20, 1968 (age 53), in Long Island, New York, United States. His father is originally from the island of Olib in Croatia.

Does he have a Sibling?

Pulisic has two siblings, a brother, and a sister. His sister Devyn Pulisic is a professional horse rider and a show jumper based in Wellington, Florida. She frequently takes part in horse riding competitions.

Devyn is married to Austin Sawyer and is pregnant with her first child.

His brother’s name is Chase Gallant Pulisic whose details is not available.

Who is Christian Pulisic’s Girlfriend?

The 23-year-old American soccer star is still unmarried and single currently. He doesn’t have a girlfriend at the moment and is enjoying his life with his family, siblings, and friends.

Pulisic is a private person and doesn’t talk much about his personal life and relationship status. Moreover, he has never had an affair so far.