Who is Vanessa Matsui? Lifestyle and Family of the Actress 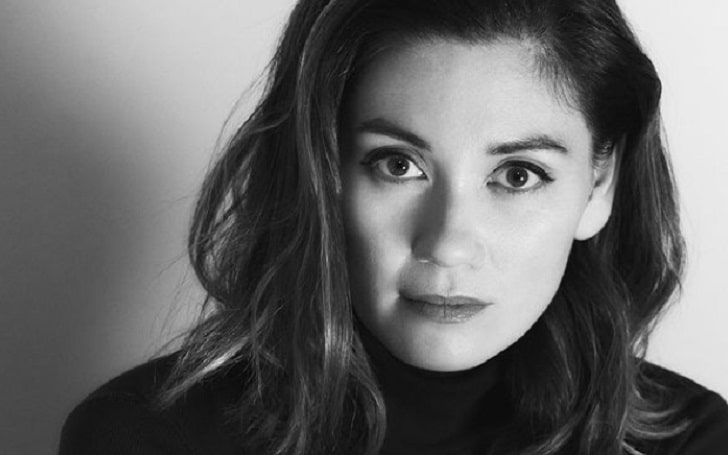 Vanessa Matsui is a writer, actress, and director from Toronto of Japanese descent. The talented Canadian actress has worked in more than 50 films and television series and her notable roles can be seen in Ghost BFF, Call Back, What If, and The Smurfs 2.

Vanessa, who was also selected as a Sundance / YouTube New Voices fellow in 2019, is a writer and director of a hit web series Ghost BFF that was nominated for various awards and also won the Best Web Series awards at the LA Femme International Film Festival and the Austin Film Festival.

Besides, the middle-aged Matsui is a married man, Kourosh Keshiri with who she has a daughter.

Vanessa Matsui was born in Canada to her parents. So, she holds Canadian nationality and belongs to half-Japanese & half-Canadian descent. Besides, Matsui grew up in Toronto. And the 5 feet 4 inches tall actress’ age is between 30 to 36 years.

Furthermore, Matsui is currently based in Toronto, Ontario. Talking about her educational background, she studied the Meisner technique with the late Jaqueline McClintock and also studied & performed as an improviser for 10 years in Montreal.

The passionate actress (like Kaitlyn Leeb and Jennifer Robertson) first got involved with filmmaking in her early 20s after being a hired actor for WIDC in Banff. And her debut movie came in 2004 when she appeared in the tv series, Naked Josh as Cara. In 2005, Matsui appeared in The Recommendations. In the same year, she emerged as Alexis in The Festival.

Apart from working in tv series, Matsui has also worked in numerous short films including The Clock Strikes Doom, Nausea, Singularity, Call Back, One Love, etc. Furthermore, Matsui grabbed the eyes of many people after landing the role of Eden Takahashi-Miller in the television series named The Bitter End.

Not only that, but she has done voice works in several projects like Contrast and Thief. Her other notable tv movies are Picture This, Reverse Angle, The Cutting Edge: Fire & Ice, etc. The Fakers actress has more than 50 credits as an actress under her name.

Some of her latest works can be seen in tv series such as Ghost BFF, Grand Army, The Hot Zone: Anthrax, and Letterkenny. Moreover, her amazing work has helped her win several titles including the ACTRA Montreal Audience Award and the LA Femme Filmmaker Award.

As mentioned earlier, the Letterkenny actress is happily married to her husband, Kourosh Keshiri. According to a report, the romantic couple exchanged their wedding vows in 2015. The ceremony was held privately in the presence of their family and close ones.

And after some time, the pair decided to extend their family and welcomed a beautiful daughter named Celestine Keshiri in 2017.

Moreover, the happy family of three lives in Canada, and Vanessa often shares pictures with her child and husband on Instagram.

Details about her Husband

In addition, Kourosh is a photographer by profession who uses Instagram as @kouroshkeshiri. Meanwhile, he is based in Toronto and Los Angeles. He has worked with various artists and showcases his photography works via his IG account.

Already with a decade in the film industry, Vanessa has worked in various movies that have earned massive profits. So, there is no denying her fortune could go high in the future. As of 2022, her net worth is around $500,000 to $1 million. No doubt, the majority of her income comes from her professional work as an actress.

As we know, the average pay received by an actress in Canada is $99,091 a year and $48 an hour. So, the Festival actress might make in the same range. In 2013, she appeared in The Smurfs 2 which was made on a budget of $105 million. And the respective film collected a box office of $347.5 million.

Prior to making money from acting, Vanessa might earn from advertisement and endorsement deals. Not to mention, Matsui has a decent presence on Instagram and her estimated earnings from a single sponsored post on Instagram is $95.25 – $158.75.