Canadian Actress Kaitlyn Leeb Biography: Who Is Her Husband? Children? 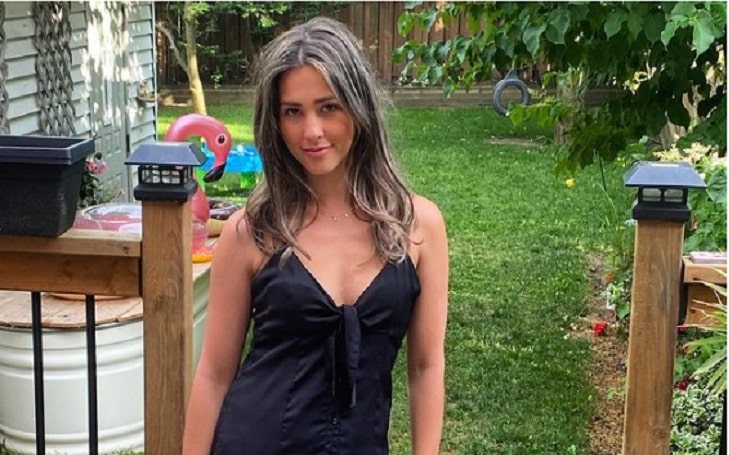 Kaitlyn Leeb is a prominent Canadian actress widely famous for her portrayal in Locked Down and Total Recall. The 33-years aged actress belongs to mixed ethnicity, i.e., Chinese and Irish. She is also a producer who is married to husband Ted Leeb, and the couple is raising two children.

Kaitlyn Leeb was born in Canada to her parents as a second child on June 18, 1988. Her birth name is Kaitlyn Wong. Their grandparents raised Leeb and her siblings. Some sources say her mother was a model. Her parents separated a long time ago. Additionally, her father and mother belong to Chinese and Irish descent, Leeb also belongs to Irish-Chinese Ethnic background.

Leeb holds an American nationality who is now based in Toronto. The 5 feet 4 inches tall actress went to York University and graduated with a degree in psychology.

The outstanding actress initially began her career as a print model. She worked in ad campaigns and billboards for various companies like Virgin Mobile, Dentyne Ice, and FUZE fruit drinks. She also emerged in RBC for the 2010 TIFF before initiating her career as an actress. Her first big-screen project came in 2006 after she made her appearance in the tv series Beautiful People.

In 2009, Leeb also portrayed Valerie in The Jazzman. Following year, she landed the role in the television series Blue Mountain State, which also stars Gabrielle Dennis, Chris Romano, and Steve Lund. The actress is also known for her appearance in the 2010 series, Aaron Stone. Her other notable credits are Total Recall, The L.A. Complex, Love Me, Grave Halloween, Alive, Republic of Doyle, Bitten, The Hazing Secret, Single Ladies, Rogue, and many more.

In 2020, The Love Me cast also starred in Spinning Out, The Crossword Mysteries, Anything for Jackson, and The Wedding Planners. Her 2021 projects are Romance in the Wilds, Christmas in the Wilds, and Christmas with a Prince: The Royal Baby. The actress is working on her new work, which will release soon after its completion. Apart from that, Leeb is not only an actress but also a consummate producer who was a co-producer of Christmas with a Prince: Becoming Royal.

The Jazzman star Kaitlyn is a married woman, hitched to her husband, Ted Leeb. The couple wedded on August 17, 2013. And they are blessed with two children. The duo welcomed their first child, a beautiful daughter Avery Elizabeth Leeb, in 2016. Likewise, the size of the family increased with another baby girl, Presley, in January 2020.

Moreover, the happy family of four now resides in Toronto. Leeb often shares pictures with her husband and two kids on her Instagram handle. She is registered as @kaitdubz, gaining over 76.5k followers.

Spinning Out Star Leeb Net Worth

Kaitlyn Leeb has earned a dime amount of money from her active work in the showbiz industry. Reports show her net worth is around $2 million. But her income is above it as she also makes money from sponsorship and endorsement deals. The Canadian actress has an average salary of $99,239 a year and $48 an hour.

Her wealth of experience makes Leeb one of the most talented Canadian actresses. She has worked in various movies that have received high praise from people. She also starred in Total Recall that had a budget of $125 million and collected the box office of $261.4 million. According to the Influencer Marketing Hub, Leeb makes around $307.5 – $512.5 from a post on Instagram.