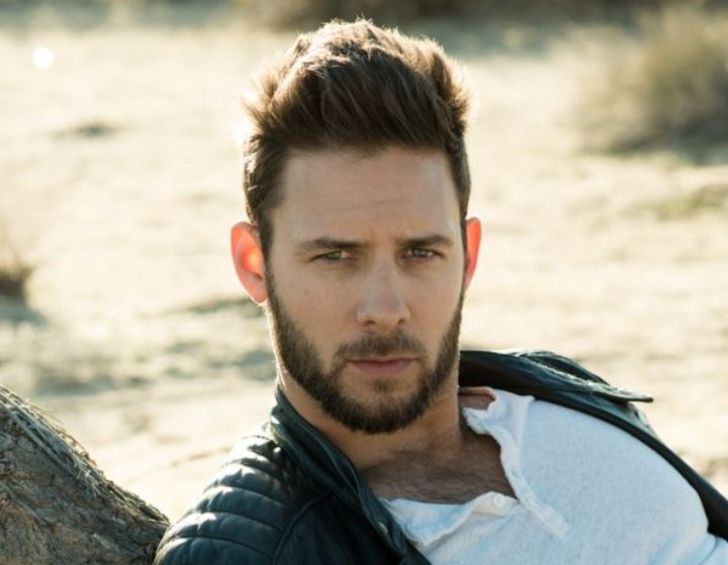 Steve Lund is a Canadian actor. He is popular for playing the main role of Nick Sorrentino on the television series Bitten (2014-2016). His other work credits include Hemlock Grove, Haven, and The Banana Splits Movie.

Steve is quite famous for his on-screen romance with Paige in the TV series Bitten. Is he dating anyone off the screen?

How Old Is Steve Lund?

Steve Lund was born on January 9, in Halifax, Nova Scotia, Canada. He holds Canadian nationality and belongs to mixed ethnicity. As of 2021, he is 32 years old and his height is 6 feet 3-inch or 191 cm tall.

Steve’s parents, Mike Lund and Linda Lund were immigrants from Italy. He spent his childhood with an older sister, Chelsa Lund and the younger sister, Coco Lund.

Regarding his education, the actor attended Vancouver Film School.

Lund began his acting career with the short film, End of Message in 2009. The next year, he appeared in another short film, The Dunwich Horror.

After that, Steve became a part of films and series like Yukonic!, Alphas, Being Erica, Lost Girl, Blue Mountain State, Nikita, Suits, and Haven. Then, he appeared as a bartender in two episodes of the horror-thriller television show debut novel Hemlock Grove.

From 2014 to 2016, Lund came to the spotlight for portraying the role of Nick Sorrentino on the television show Bitten starring Laura Vandervoort, Greyston Holt, Greg Bryk, Paul Greene, and Genelle Williams.

Bitten’s star altogether has 36 acting credits under his name. Professional since 2009, Steve Lund has an estimated net worth of $1 million as of 2022.

There is a rumor that Lund is gay. Once he posted a picture on his Instagram hugging a guy named Jeff Lohnes along with a caption saying ‘I do’. Though it was a funny post, people started speculating about his sexual preference.

Steve’s post was probably just a friendly gesture towards his friend Jeff as he is a married man with one kid.

Well, that’s not the only case why his gay rumors are circling around the internet; he had also kissed his Schitt’s Creek male cp-star Dav Levy in the series. Steve later eliminated the rumors with the old interview where he had revealed about his ex-girlfriend.

Past Affairs and Girlfriend

It is hard to find if Steve is dating a girlfriend or married to his wife as he rarely talks about his love life. Some tabloids claimed that he is married to a woman named Kalleen Kirk. However, it was later known that he was mistaken for a 67-year-old Steve J. Lund who is a president at the church of Jesus Christ of Latter-Day Saints.

The 33-year old actor has opened up about his love life quite a few times. Once in an interview, he shared his relationship story with his ex-girlfriend named Steph and revealed that the former duo was kicked out of a restaurant after being drunk.