Everything about Tom Gleisner’s Wife, Children, Net worth, and More 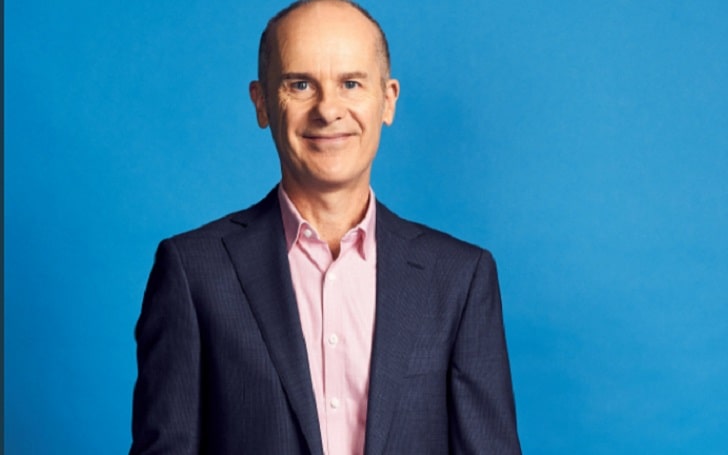 Tom Gleisner is a magnificent Australian comedian widely recognized as the host of Network 10’s Have You Been Paying Attention?. He has had many roles in his life as he is also a well-known television presenter, producer, director, writer, occasional actor, and author.

Besides, the multi-award-winning comedian is married to Mary Muirhead with whom he has two children. The couple is currently involved in social work through their foundation.

He might have a height of 5 feet 9 inches. Besides, the 59 years old comedian studied at Xavier College in Melbourne, Australia.

And in the 1980s, he attended the University of Melbourne, and in 1987, he graduated with a Bachelor of Arts and a Bachelor of Laws.

While working in the 1983 Law Revue Legal A.I.D.S, he was a law student at the University of Melbourne.

Take A Look At His Career

Initially, Gleisner wrote and performed at Melbourne University. From 1992 to 1993, he also wrote for ABC’s The Late Show.

When the show finished, Tom co-founded Working Dog Productions, together with Santo Cilauro, Jane Kennedy, and Rob Sitch. They ran Frontline from 1994 to 1997.

Furthermore, Tom has also worked as an actor and his debut project came in 1985 when he emerged as a Fake Newsreader in the television series named Midday.

After that, he appeared in various tv series like The D Generation, The Olden Days, Funky Squad, Utopia, and Pacific Heat.

Apart from his work in the showbiz industry, Tom has written four comedic books. Likewise, he has written numerous fly fishing books along with Rob Sitch.

So, it is obvious to win awards for doing multiple works. Some of the awards received by Tom are AACTA Award, AFI Award, and FCCA Award.

Married To His Wife Mary Muirhead

As mentioned earlier, Tom Gleisner is a married man. He exchanged his wedding vows with his beloved wife named Mary Muirhead.

The power couple has been together with each other for a long time and still maintains a healthy relationship.

Tom, his wife, and their children went to Paris for their vacation sometime before.

Moreover, Mary and Tom are the parents of two lovely kids, a daughter, and a son. The family of four lives a happy life and they have gone to various places together.

The Couple runs a Foundation

Besides, Mary and Tom have devoted 2 decades to giving autistic children an opportunity to fulfill their potential.

In addition, Mary is a co-founder and director of Learning For Life who has over 20 years of experience in Melbourne’s ASD community. Likewise, Tom is a patron and Co-founder of the same organization.

“It was about 14 years ago and Tom and I knew a family who had a child who was going through one of these Early Intensive Behavioural Intervention programs. I was at the stage where I’d stopped my previous work as a vet and was at home with the family and wanted to do something to help.

Mary revealed about the idea of starting a foundation.

The couple has already raised more than $1.55 million from Learning For Life. Their children also help Mary and her husband in the organization’s work.

Tom Gleisner Net Worth: How much does he Earn?

Throughout his career, Tom has accumulated a huge chunk of money from his multiple works. His amazing work in various fields has helped him earn a good sum of money.

Some online source estimates his net worth to be around $4 Million to $5 Million. Furthermore, Gleisner has worked on various projects that have done well in the industry.

Similarly, Tom is a writer and in Australia, people having the respective job make $99,750 per year or $51.15 per hour on average. No doubt, Gleisner is making a fruitful sum from his profession.