How Much Is Theo Von’s Net Worth? Age, Height, Podcast, Tour, & Family 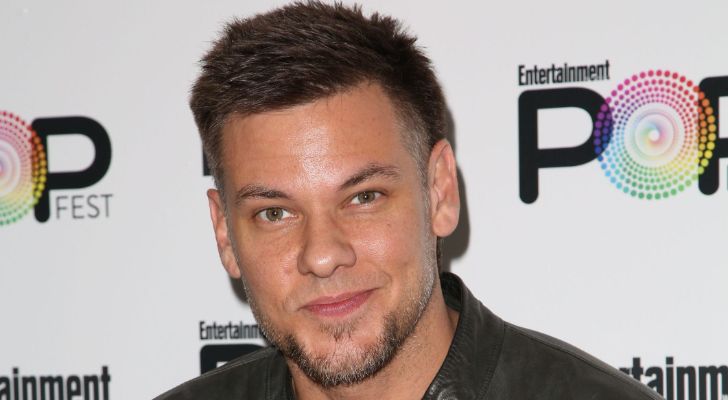 Theodor Capitani von Kurnatowski III, famously known as Theo Von, is a stand-up comedian, actor, and podcaster. Theo’s podcast This Past Weekend is one of the top comedy show that garnered 5 million listens on audio alone in a month.

Von frequently appears on fellow stand-up comedian’s podcasts as The Joe Rogan Experience and The Church of What’s Happening Now. Apart from that, he is also a television personality and has hosted game show series.

How Old Is Theo Von?

Theo Von was born in Covington, Louisiana, to Gina Capitani and Roland Achilles. His father, originally from Bluefields, Nicaragua, was 70 years old when Von was born.

The 41-year-old comedian is of British and Italian descent from his maternal side. Meanwhile, he has mainly Polish as well as Native American ancestry from his paternal side. Von became legally emancipated at the age of 14.

He graduated from Mandeville High School, located in Louisiana. Although Von earned his undergraduate degree from the University of New Orleans in 2011, he attended several colleges before that. Namely, Louisiana State University, Loyola University New Orleans, College of Charleston, University of Arizona, and Santa Monica College.

How Much Is Theo Von’s Worth?

Theo Von has a net worth of $500 thousand, as per Celebrity Net Worth. Von’s income comes from his successful career as a stand-up comedian, host, and actor. Besides his shows, he earns with the help of his side business like tours and merch sales.

House: Where Does He Live?

As his fortune is in 6 digits figures, as of now he does not own a house but definitely lives a lavish lifestyle in his Los Angeles apartment. The average rent for a simple apartment in LA is around $2,368 per month. While the 3 bedrooms apartment costs more than $4,3000.

He currently hosts two podcasts: This Past Weekend and The King and The Sting. What’s more, he is a recurring guest on the popular podcast as The Joe Rogan Experience, The Church of What’s Happening Now, The Fighter and the Kid, TigerBelly, to name a few.

Von’s podcast, The King and The Sting peaked at #1 on the iTunes charts. It also reached the top charts in countries like the United Kingdom, Canada, Spain, and Australia.

Eventually, he started appearing in shows as The Challenge, Battle of the Seasons, The Gauntlet, and Fresh Meat. Von won the title of most Comic Downloaded while participating in the fourth season of NBC’s competitive reality show, Last Comic Standing.

After becoming the panelist on ABC’s family reality competition show, America’s Prom Queen, he participated in Comedy Central’s Reality Bites Back. Von ended up winning the show, defeating fellow comedians like Amy Schumer, Bert Kreischer, and Tiffany Haddish, among others.

In the early 2010s, he hosted popular Yahoo online TV recap show Primetime in No Time, and TBS hidden-camera show Deal With It. During this time, he also had cameo roles in television shows as Inside Amy Schumer and Why? with Hannibal Buress.

Moreover, Theo appeared in a satirical sketch comedy film, Inappropriate Comedy, as Mountain Climber. Earlier, he had mentioned being cast in the big-budget film Ghost Draft but shortly dropped out of the movie because of the time commitment.

He also makes recurring appearances on many fellow comedians’ podcasts including Joey Diaz‘s The Church of What’s Happening Now, The Joe Rogan Experience, The Fighter and the Kid, and Bobby Lee‘s TigerBelly.

Among them, his episodes with Joe Rogan are very popular and the episodes are often trended on Twitter for many days. Fans really love the chemistry between them and their comic timing makes everything worth it.

Personal Life: Is He Married?

The 40-year-old comedian is unmarried as of now. Nevertheless, he was romantically linked with a former model and television star, Brandi Glanville, in 2016.

As per Entertainment Tonight, the two met on Von’s weekly podcast called Allegedly. Both reportedly got along quickly and started flirting on Twitter. Later, The Real Housewives of Beverly Hills’s star invited Von on her own podcast, Brandi Glanville: Unfiltered.

Brandi has two children from her first marriage to actor Eddie Cibrian. Their first child, Mason Edward, born in 2003, and the second child, Jake Austin, born in 2007. Eddie and Brandi separated in 2010 following Cibrian’s extramarital affair with singer LeAnn Rimes.

One thought on “How Much Is Theo Von’s Net Worth? Age, Height, Podcast, Tour, & Family”