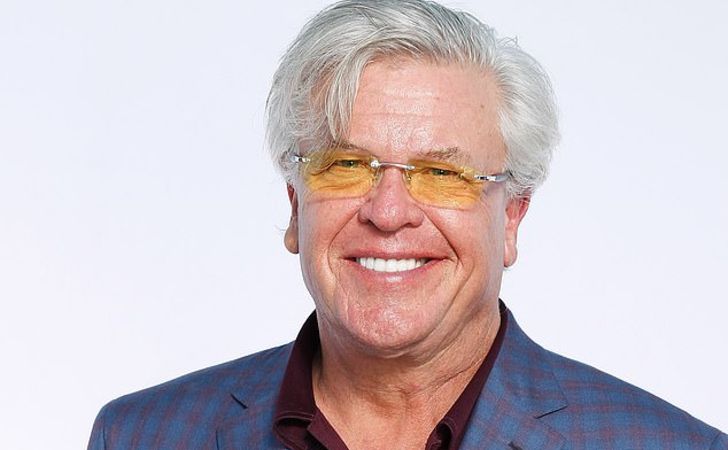 Ron White who always dreamed to become a comedian from an early age is now one of the successful stand-up comedians. There have been times when comedy star made us realize that he does much than making people laugh.

Having hand in various fields, White is an established actor recognized for his works in Horrible Bosses, Sex and the City 2, and Blue Collar Comedy Tour: The Movie. Besides that, his book I Had the Right to Remain Silent But I Didn’t Have the Ability has made it to the list of New York Times bestsellers.

How Old Is Ron White?

Yes, the multi-talented star is still alive. As of now has completed the shooting of his upcoming movie 12 Mighty Orphans where he would appear as Sheriff Red Wright.

White was born in Fritch, Texas, to Barbara Joan Craig (mother) and Charles Don White (father). He has a younger sister, Shea White born in 1977.

The all-rounder graduated from Deer Park High School in 1976. At the age of 17, he joined the United States Navy, where he served as an intelligence specialist.

The 64 years old Navy veteran lived in Mexico for a brief period and later returned to the United States of America to pursue comedy.

The actor is married thrice and divorced with the same number. Ron married his first wife, Lori Brice, on August 1, 1981. He became a first-time parent to a son, Marshall White, from the marriage. However, after staying together for more than a decade, Lori and Ron separated on December 29, 1992.

The Blue Collar Comedy charter member then tied a knot with an interior designer, Barbara Dobbs in June 2004. They separated in 2008.

Does Ron White have a girlfriend?

Ron White doesn’t seem to have a girlfriend as of now and is leading a single life.

What Happened To Ron White And Former Spouse Margo Rey?

Ron and Margo separated in 2017, which took an ugly turn when Ron claimed their marriage was just a “mock wedding ceremony,” and they were never legally married. According to White, Margo refused to sign a prenup and had no legal proof to show she was ever his wife.

As per TMZ, Margo was left penniless after White ended the relationship. In the court document, she claimed that Ron canceled her credit cards with no warning and changed the locks to the Montage hotel in Bev Hills, which they were renovating.

Moreover, while attempting to pay medical bills for her ongoing cancer treatment, she discovered Ron had cut her off. He even removed her primary source of income by canceling her gigs booked alongside the American author.

In August 2019, however, an L.A. Superior Court judge sided with Rey, ruling their wedding as a common-law marriage under Texas law, stating,

“Wedding invitations … were sent to prospective guests, at least 300 guests attended, the ceremony was publicized to the national media, the officiant was a minister, vows and rings were emotionally exchanged, and official pronouncement of husband and wife status was made by the officiant under the powers granted him by the state of Texas.”

Rey had filed for spousal support in California in 2017, and Ron has been paying Margo $25,000 a month since November 2019 following the ruling.

Who Is His Former Wife Margo Rey?

Ray born Margarita Reymundo-Jurado and stage name Margo Reymundo is a popular Mexican singer and songwriter. She instantly became famous all thanks to her unique style of music which she referred to as Organic. It was a hybrid of pop music and Jazz.

Some of her chart-busting albums and singles are My Heart’s Desire, Habit, You Belong To Me, Between Us, and Tempted. Apart from that, she has been a commercial vocalist for Juniper Music. Also, she served in television commercials and national advertising for various English and Spanish firms.

Rey’s unusual music sense caught the eyes of the comedian and her future husband Ron White and they started working together.

Ron White estimated net worth is $40 million, according to Celebrity Net Worth. In 2013, Forbes placed his net worth at $10 million, making him the 10th top-earning comedian.

White joined Blue Collar Comedy Tour alongside Jeff Foxworthy, Bill Engvall, and Larry the Cable Guy in 2000. They toured for more than three years to sold-out audiences in over 270 cities and grossed over $35 million.

Furthermore, the millionaire’s first comedy special DVD, They Call Me Tater Salad, went multi-platinum. It also had the highest viewership for a Sunday program in the history of Comedy Central. The three-time Grammy-nominated comedian has sold over 10 million albums, with all four of his comedy albums peaking at #1 on the Billboard Comedy Charts.

But in his recent legal documents, he stated that his income plummeted amid the coronavirus pandemic. Moreover, Ron provided a breakdown of his earnings and expenses, revealing his net income just over $300,000, with expenses amounting to more than $433,000.

In the documents where he asked the family law judge to terminate his $25,000 spousal support payments, White wrote,

“I have spent 200+ days per year traveling the country every year to do stand-up shows, and I made more than $200,000 per month doing it. Now I cannot work. I have employees, depending on me for wages and benefits. I do not even have $25,000 per month of income.”

In conclusion, the actor lives a lavish lifestyle earning a high figure of salary.