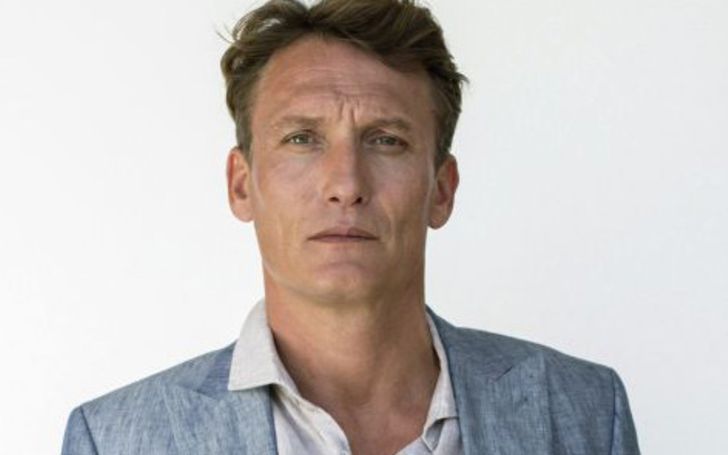 Oliver Masucci was born on 6th December 1968 in Stuttgart, West Germany to an Italian father and a German mother. He is a German as per his nationality and has mixed ethnic descent.

He went and graduated from Berlin University of the Arts in 1994. Moreover, he also enrolled at rnst Moritz Arndt Gymnasium.

Net Worth Details And Career Highlights

According to various sources, Masucci is reportedly worth around $1 to $2 million as of mid-2020. Most of his fortune comes form his films and TV shows.

Masucci made his acting debut in the year 1992 from a short film Andy. In 1999, he starred as Ricky Ohlsen in Schwarz greift ein.

Similarly, he then appeared in films like ColognE P.D., Look Who’s Back, Tartort: Zahltag, Winnetou, 4 Blocks, and several others.

He made his career breakthrough as Adolf Hitler from the award-winning German satire Er Ist Wieder Da.

In 2017, Masucci joined the cast of Netflix hit series Dark alongside Andreas Pietschmann, Louis Hofmann, Maja Schone, Angela Winkler, Jordis Triebel, and others. In the show, he portrayed adult Ulrich Nielsen for 3 seasons until 2020.

Likewise, some of his recent film credits are Herrliche Zeiten, Never Look Away, Lysis, When Hitler Stole Pink Rabbit, and Enfant Terrible.

Who Is Oliver Masucci’s Wife?

The 52-year-old actor is a married man and father of three. However, he has not disclosed details regarding his wife and children.