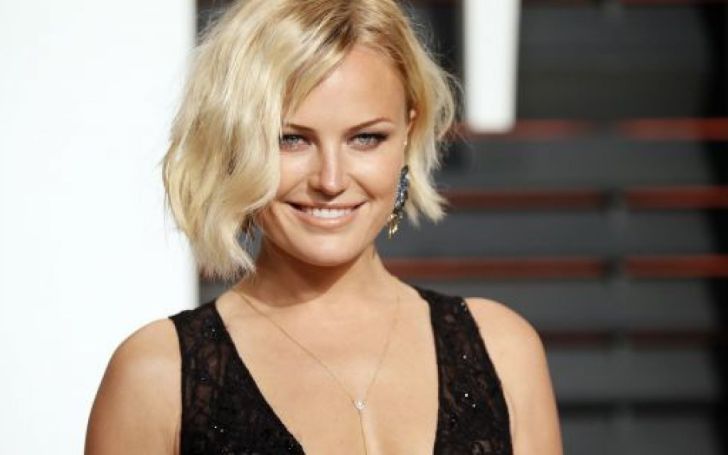 Best known for Children’s Hospital and Trophy Wife, Malin Akerman is a Swedish-Canadian-American actress. She is also popular for Watchmen, The Proposal, I’ll See You in My Dreams, and Billions.

Malin Maria Akerman was born on 12th May 1978 in Stockholm, Sweden to Pia Sundstrom and Magnus Akerman. She holds triple nationality i.e. Swedish, Canadian, and American.

However, Malin dropped out of school in order to pursue a career in acting.

She moved to Los Angeles and starred in films and TV shows like Earth: Final Conflict, The Others, Relic Hunter, and The Skulls.

In 2009, she starred as Silk Spectre II in an American neo-noir superhero film Watchmen.

Moroever, some of her popualr works are To the Stars, En del av mitt hjarta, Sin City Saints, Drunk History, and Medical Police.

As of 2020, she stars as Lara Axelrod in Billions starring Paul Giamatti and Damian Lewis. Similarly, her upcoming projects include Friendsgiving and Chick Fight.

The 42-year-old actress is married to British actor Jack Donnelly. The couple got enagged in October 2017 and wed on 1st December 2018.

Previously, she was married to Italian musician Roberto Zincone. The couple first met in 2003 and eventually started dating.

They got married on 20th June 2007 in Sorrento, Italy. They welcomed their first child, Sebastian Zincone, in 2013. Unfortunately, the couple got divorced in 2014.

One thought on “Who Is Malin Akerman? Her Bio, Age, Career, Earnings, Husband, & Children”