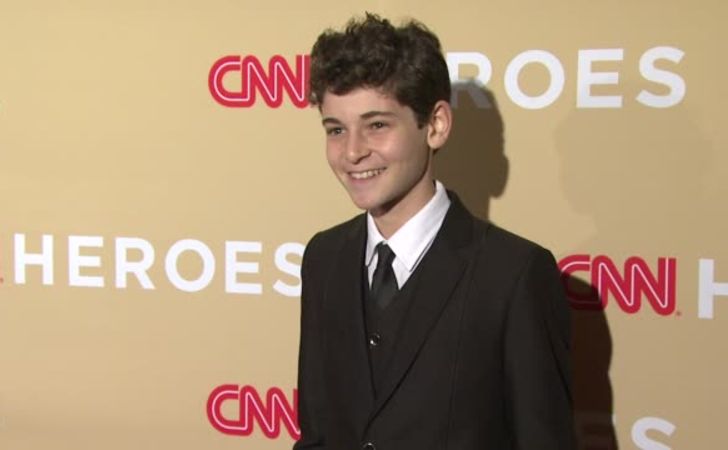 American actor David Mazouz might not have thought he would be so popular among the public. His world changed completely after he portrayed the leading role Bruce Wayne in Fox’s Batman-prequel TV drama, Gotham.

Mazouz was born on February 19, 2001, in Los Angeles, California, USA. He is an American by nationality and belongs to a Sephardic Jewish family.

The rising actor’s father, Michel Mazouz, works as a medical doctor, while the mother, Rachel Cohen, works as a psychotherapist. He has a sister, Rebecca Mazouz.

David attended Shalhevet High School from 2015 to 2019. Currently, he is studying Economics, Psychology, and Computer Science at the Stanford University.

Mazouz has yet not revealed his fortune. However, as per some sources, he has an estimated net worth of $700,000 as of 2021. Besides his primary source or earning i.e. acting, he also collects a good sum appearing in commercials.

The 20-year old gained international fame after landing in the role of Bruce Wayne in Batman-prequel DC Comics-based action crime drama television series, Gotham. From 2014 to 2019, he appeared in a total of 100 episodes in the show starring Ben McKenzie, Donal Logue, Zabryna Guevara.

According to Career Trend, David’s minimum salary for a half-hour, the episodic television show is $5,258 per week. Additionally, their median salary per hour is $17.49 and some could earn $89.08 an hour or more depending on the roles and the success of the show.

For his role in the show, Gotham actor earned a nomination at the Saturn Awards and Teen Choice Awards. Prior to this, David played the role of Jacob “Jake” Bohm in Fox’s Touch from 2012 to 2013, receiving 34th Young Artist Awards nomination for Best Performance in a TV Series – Leading Young Actor.

Is David Mazouz dating someone? Who is his girlfriend?

Mazouz doesn’t appear to be dating as of now. He has not been romantically linked with anyone in the past either. The Touch actor seems to be enjoying his single status and is more focused on completing his education, having joined the prestigious Stanford University in the fall of 2019.

“Stanford has something really, really special about it. I didn’t realize that until I visited,” he told the Stanford News.

Mazouz is fond of dogs. He even had a pet named Lila who is no more. On October 2, 2019, he uploaded a post where he was hugging her along with an emotional caption:

I don’t even know what to say. I lost my girl yesterday. My sister told me something last night though: “dogs die twice. One when they die. Then again when they’re forgotten.” Lila, you will never be forgotten. I love you so so much