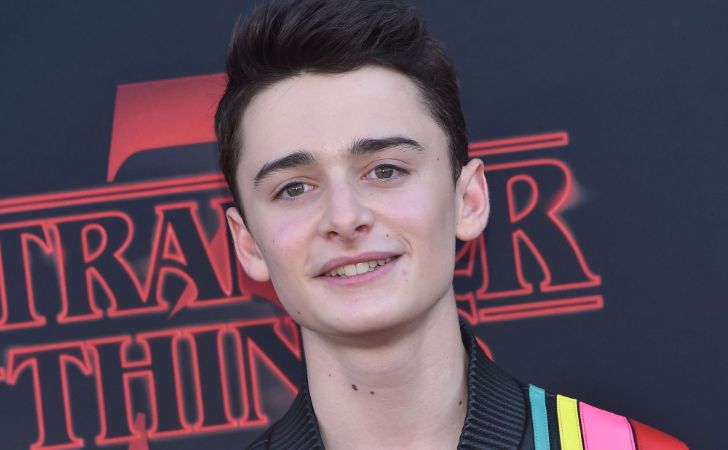 Noah Schnapp is a Canadian-American actor, who is best known for playing as Will Byers in the Netflix science fiction Stranger Things and Charlie Brown in the animated The Peanuts Movie.

Noah is currently 16 years old. He was born on October 3, 2004, in Scarsdale, New York, USA, to Mitchell Schnapp and Karine Perez. He has a twin sister named Chloe Schnapp. Talking about his height, Noah is 5 ft and 9 in (1.75 m) tall.

His family is from Montreal, Quebec, Canada and he has a Canadian citizenship. Schnapp is of Russian Jewish from his father’s side and Moroccan Jewish descent from his mother’s side.

The 16-year-old enrolled in an acting program at Westchester’s Star Kidz with Coach Alyson Isbrandtsen after his acting teacher suggested his parents that Noah should go professional.

How much did Noah Schnapp make from Stranger things? His Net Worth in 2020

Schnapp has a net worth of $3 million, as per Celebrity Net Worth, and earns a salary of $250 thousand. The 16-year-old gained wide recognition after landing in the role of Will Byers in multiple award winning Netflix science fiction, Stranger Things.

Besides, he lent his voice for the lead character, Charlie Brown, in 2015 animated comedy, The Peanuts Movie. It grossed $246 million worldwide against a budget of $99 million budget, becoming the seventh highest-grossing animated film of that year.

Schnapp also had a recurring role of Evan / Trevor in the comedy web television, Liza on Demand, in 2018. His other notable roles include Roger Donovan in Bridge of Spies, Otis Copeland in We Only Know So Much, Kai in The Legends of Hallowaiian, Jo in Waiting for Anya, and Tommy in Hubie Halloween. He will also return for the fourth season of Stranger Things, which was renewed in September 2019.

Is Noah Schnapp dating someone? Who is his girlfriend?

Schnapp doesn’t appear to be in a relationship as of now. He was romantically linked with his Stranger Things co-star Millie Bobby Brown back in 2017. However, the rumors was never confirmed and the two are most likely just a very good friends. 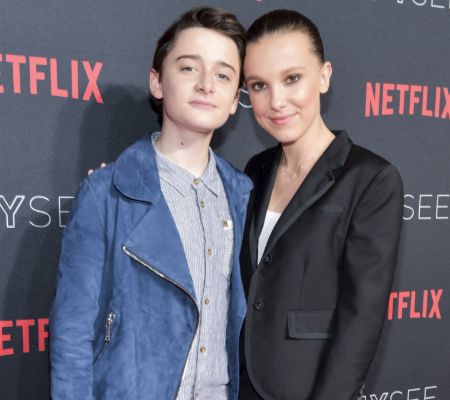