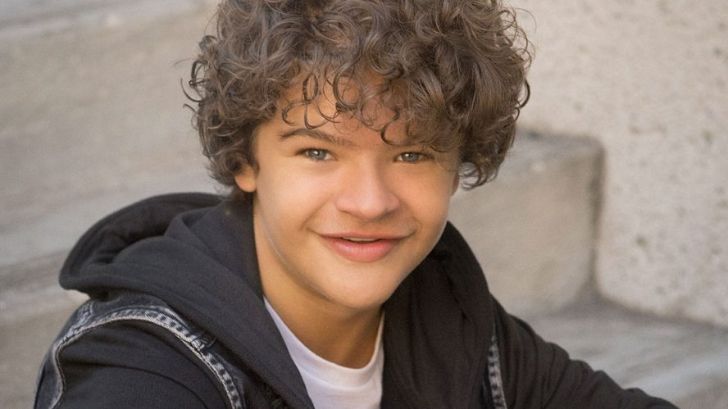 American actor Gaten Matarazzo began his professional acting journey with the Broadway stage in Priscilla, Queen of the Desert. He is famous for starring as Dustin Henderson in the Netflix’s series Stranger Things.

His parents are Heather Matarazzo and Gaten Matarazzo Sr. He spent his childhood with his 2 siblings, an older sister, Sabrina, and a younger brother, Carmen.

Gaten started his professional acting journey at a young age with Broadway performances. In 2011, he acted as Benjamin in the Broadway musical, Priscilla, Queen of the Desert at the Palace Theatre.

After that, Matarazzo made his acting debut with the television series The Blacklist in 2015. After two years, in 2017, he featured in an episode of the series, Ridiculousness. The same year, he appeared in the TV show, Lip Sync Battle as the cast of Stanger Things.

Later, in 2019, The Blacklist actor provided his voice to the character Bubba in the computer-animated comedy film The Angry Birds Movie 2. The following year, he hosted the television series, Park Encounters.

His is theatre credits include Les Misérables, Cinderella, and Into the Woods. Besides that, he is also featured in music videos like Swish Swish (Katy Perry feat. Nicki Minaj), Lost Boys Life, and Meet Me On The Roof (Green Day).

Professional since 2011, the American actor has gathered an impressive sum from his rising acting career. As per the source, Gaten Matarazzo has an estimated net worth of $1 million in 2020.

Matarazzo is one of the rising star in the Hollywood industry. He is working really hard to make establish himself in the acting field.