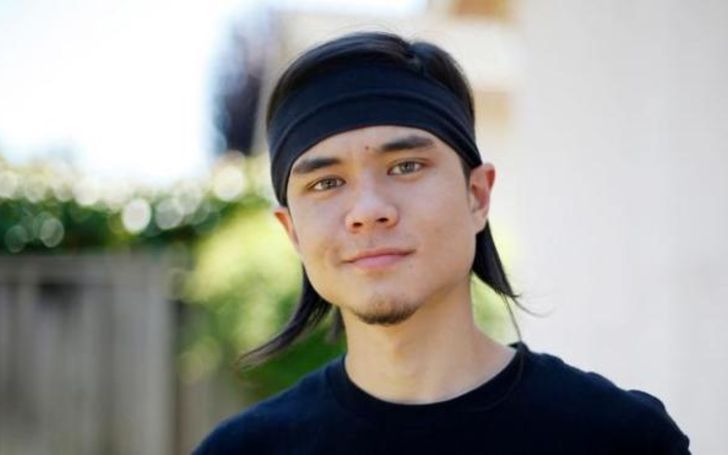 Matt Stonie is an American competitive eater and YouTuber who currently ranks at the 3rd position in the Major League Eating competition. The 5 feet 8 inches tall competitive eater is a millionaire and keeps his personal details like relationship status and girlfriend away from the media.

Matt Stonie was born Matthew Kai Stonie on May 24, 1992, in San Jose, California, US. He is of Japanese, Czechoslovakian, and Lithuanian ancestry though his nationality is American. Matt has a sibling brother, Morgan Stonie.

As for his education, Matt is a graduate of Evergreen Valley High School. He is an Alma mater of Mission College in Santa, California. There, he studied nutrition on plans of becoming a dietician.

Is He Married Or Dating?

The 5 feet 8 inches tall competitive eater Matt Stonie prefers to keep his dating affairs to himself. He lives his personal life to be kept private so there’s not much information about his personal life.

Though he’s a social media influencer and shares much of his life with his fans and followers, he hasn’t revealed anything about her dating affairs.

How Much Is Matt Stonie’s Net Worth? Merch, Records, & YouTube Career

To talk about the net worth of Matt Stonie, then it stands tall at a whopping $1 million as of 2021. The source of his income is his competitive eating but, he also makes a whole lot from his merch sales, YouTube, and social media.

Matt’s first ever Major League Eating debut was in 2011, when he participated in the Stockton Deep Fried Asparagus Championship. In 2015, he won the Hog Dog Eating Contest by eating 62 hot dogs.

On June 21, 2010, Stonie uploaded his first video on his YouTube channel. The video saw him devour a 6 lbs pizza in 18 minutes and 5 seconds. As of this writing, he has over 11.8 million subscribers on his channel.

From his YouTube channel, Matt Stonie makes an income of around $14.7 thousand every month while per year, he might make in the range of $176.2 thousand to $2.8 million.

Matt is quite active on his Instagram account and on it, he has over 324 thousand followers. He also makes earnings from his Instagram through sponsorship posts and endorsements. For his since endorsement post, Stonie earned in the range of $974 to $1,623.

Matt also has his own official website where he showcases his portfolio. In 2013, he ate 10.5 frozen yogurts in 6 minutes. Similarly, the same year, he ate 7.5 lbs burger in 4 minutes 43 seconds.

This is just the tip of the iceberg. Matt has broken so many records in competitive eating till date.