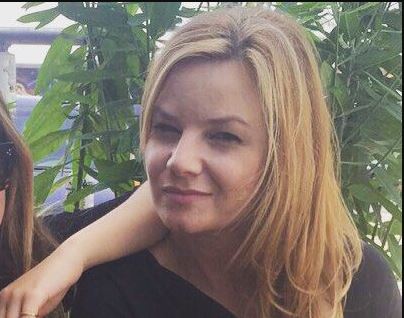 Laura Char Carson is the mother of Sofia Carson, an American singer and Disney Channel star. She is married to her college sweetheart José F. Daccarett.

Laura is a social communicator and former captain of the Club Campestre. She was named Queen of the Carnival of Barranquilla in 1988.

Her daughter is popular for appearing as Evie, the daughter of the Evil Queen in the Disney Channel Original Movie series Descendants, Descendants 2, and Descendants 3.

Laura Char Carson is from a Char Family of Colombia: What’s her Ancestry?

Laura Char Carson was born on April 8, 1968 (age 54 years), in Barranquilla, Colombia. Her mother Lauraine Carson is an American.

Her father Simon Char Abdala belongs to the Char family of Colombian politicians and businessmen.

Simone Char was one of the founding partners of Grupo Empresarial Olímpica and Districar, a marketer of cars from the Atlantic. Simone Char passed away at the age of 78 in 2021.

She is the niece of former minister Faud Char. She comes from Barranquilla descent.

Who is Laura Char Carson’s Husband?

Laura Char is married to her husband José F. Daccarett, who is also Colombian. Jose also migrated to the US as a teenager and attended Florida Atlantic College where he first met Laura.

They married in the early 1990s in Florida, United States, and settled there.

Laura has two daughters with her husband, an older one named Sofia Carson and a younger one named Paulina Char.

They welcomed their first daughter in 1993 shortly after relocating to America. Their second child was born in 1995.

Sofia is an actress and singer while Paulina is an American social media celebrity and executive producer.

Know about her Daughter Sofia Carson

She first studied at St. Hugh School and later attended Carrollton School of the Sacred Heart in Miami.

Sofia later graduated majoring in communications with a minor in French from the University of California, Los Angeles.

She first started her career as a singer and songwriter in 2012. Her singles are “Love Is the Name”, “I’m Gonna Love You”, etc. Moreover, she has also performed in various events.

As an actress, she made her debut as Chelsea on the 2014 Disney Channel series Austin & Ally. She is best known for starring in the Disney movie series Descendants. She has also portrayed in Spider-Man, Pretty Little Liars: The Perfectionists, etc.

Is her daughter Sofia Carson Dating anyone?

The Purple Hearts star, who played the character that goes from fake marriage to true love, is actually single in real life. She isn’t dating anyone and doesn’t have a boyfriend.

However, she was reportedly dating Sofía Vergara’s son, Manolo Gonzalez in 2016. The rumors came up after she posted a photo of her hugging Manolo with the caption “about last night”.

Then in 2018, Manolo also shared a video of him doing squats while holding Sofia on his Instagram.

They never confirmed their relationship and don’t appear together anymore.

In 2019, Sofia told the media that she doesn’t want to have an affair with anyone in the entertainment industry,

“I made a decision about two years ago that I don’t want to date anyone in the [entertainment] business. So as you can imagine, that makes it a little bit difficult.”

Laura Char Carson is a popular figure in Barranquilla, Colombia, and was even named Queen of the Carnival of Barranquilla in 1988.

She belongs to a family of businessmen and politician son, she had a comfortable childhood and lived a luxurious life,

Laura then shifted to the US with the hope that one day her daughter would earn her name and fame in Hollywood. Sofia has met her mother’s expectations and along with the name, she has been able to earn a net worth of $6 Million as of 2022.

Having starred in several Disney movies, she has made a huge income with her roles.

Laura Char is on Instagram as @lauracharcarson. She hasn’t made any posts but has already gained more than 20k followers.

The celebrity mother has a perfect body figure and an amazingly beautiful and charismatic personality.

She stands at a height of 5 feet 6 inches and weighs around 60 kg. Even in her mid-50s, Laura has maintained her body very well.