Delyna Diop- Issa Rae’s Mom: Where is she now? 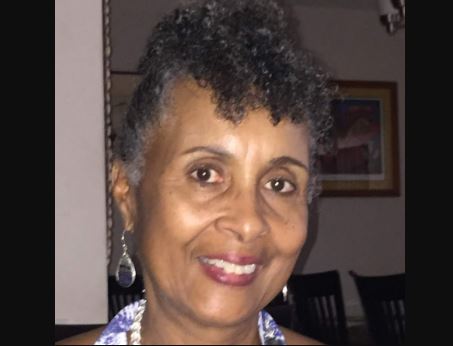 Delyna Diop is the mother of American actress Issa Rae. She is a former French and Spanish teacher at Washington Preparatory High School.

Besides being an actress her daughter Issa is a writer, producer, and comedian. She is popular for starring in the HBO television series Insecure.

Diop was also cast with her daughter Issa in Insecure.

Delyna was born Delyna Hayward in Louisiana, the United States of America, in the 1950s. She is around 70 years old and comes from African-American ancestry.

She was born to American parents but also lived in France where she did her schooling. While in France, she was influenced by the French language so she took French as her major for the MA degree at UCLA.

She then attended the University of Southern California where she studied Teaching Credential and Education.

Delyna Diop is a Retired Teacher

After her graduation, she started her teaching career as an elementary school teacher at 97th Street School.

She worked for three years and joined Washington Preparatory High School as an education and career planning (Life Skills) teacher.

She then taught French at Maryland Public Schools and Redland Middle School for four years.

Afterward, she worked as a special education inclusion facilitator at LAUSD. In 2001, she joined Washington Preparatory High School as a French and Spanish teacher.

She left teaching and has been retired life since 2014.

Delyna Diop married Abdoulaye Diop in the 1970s. They first met in France while attending school and started their love life.

Delyna and Abdoulaye for many years before their marriage. They are the parents of 5 children Amadou, Malick, Lamine, Elize, and Issa Rae.

She and her husband moved to Dakar, Senegal after the birth of her children and lived there for some time.

They later divorced in the early 2000s after many years of conjugal life.

Her former husband is from Senegal and works as a pediatrician and neonatologist. He has a medical practice in Inglewood, California.

Her daughter Issa Rae is an American actress, writer, producer, and comedian. She was born Jo-Issa Rae Diop on January 12, 1985, (age 37) in Los Angeles, California, U.S.

She has 4 siblings named Amadou, Malick, Lamine, and Elize.

Issa completed her Bachelor of Arts degree in African and African-American Studies from Stamford University.

She also took classes at the New York Film Academy.

Issa Rae created her webseries The Misadventures of Awkward Black Girl in 2011 which was the beginning of her career in the entertainment industry.

Her major breakthrough was in the TV series Insecure in 2016. Besides, she has directed, produced, and written several TV series.

Issa Rae Relationship: Who is her Husband?

They dated for some years before their marriage and Issa was first with her engagement ring publicly on the cover of Essence magazine’s April 2019 issue.

They do not have any children yet.