Who is Bert Girigorie? Tragedy of Wendy Williams’ Ex-Husband 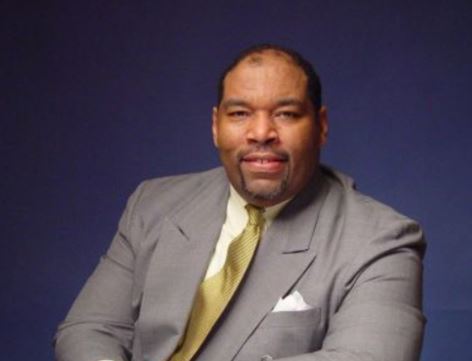 Bert Girigorie is the ex-wife of American broadcaster and writer Wendy Williams. He is a “sales & marketing professional” based in Charlotte, N.C. and also serves as the president of G2 Marketing Inc.

Wendy doesn’t talk much about her first husband Bert but she did mention him in her 2001 book, Wendy’s Got the Heat.

However, she often mentions her second Kevin Hunter who she divorced in 2019 after two decades of a marital relationship. Kevin reportedly cheated on her with the mistress and also birthed a baby.

People are curious about where Wendy’s first husband Bert Girigorie is. Here’s what you need to know.

Bert Girigorie was born Bertrand “Bert” Girigorie on March 13, 1964. He was born in a Christian family in Charlotte, North Carolina.

He is 68 years old as of 2022. Girigorie belongs to the African-American ethnicity.

He is a graduate of Morehouse College and is a member of Omega Psi Phi Fraternity. He then worked as an account executive at Kiss FM for 5 years until 1996.

Since 2010, he has been serving as the president of G2 Marketing, Inc., a Digital Marketing Agency providing marketing services.

Wendy Williams met her first husband Bert Girigorie in the early 1990s when she used to work at a New York City radio station.

Bert worked as an Account Executive at Kiss FM during that time. They started dating in 1992 and married after three years in 1995.

Bert and Wendy had misunderstandings and couldn’t continue their relationship. They split after 5 months of marriage. Their divorce was finalized after 18 months.

Wendy has briefly mentioned him in her autobiography and referred to him as a pseudonym.

Cause of their Divorce

Bert Girigorie and Wendy Williams’ split came due to several issues between the couple. However, Girigorie blames her cocaine addiction as the main reason that caused their divorce.

Bert revealed that he was aware of her addiction and also suspects that she had other affairs. He even claimed that she was unfaithful to him from the start and also said that he heard people talking about her cheating stories when they were still married.

On the contrary, Wendy mentioned in her autobiography “Wendy’s Got The Heat” that her former husband mistreated her. However, Bert claimed it to be false.

Bert’s former Wendy was still married to him when she met her future Kevin Hunter. They started dating after Wendy’s divorce and tied the knot on November 30, 1999.

The pair was blessed with a son named Kevin Hunter Jr on August 18, 2000. However, Wendy had multiple miscarriages before that.

After 20 years of marriage, Wendy filed for divorce from her husband after she caught him with a series of cheating scandals including fathering a child with a mistress named Sharina Hudson.

Kevin reportedly cheated on her when she was expecting a child and even while she was swollen and bedridden with their kid.

Moreover, Wendy actually hired a professional investigator to find out his infidelities.

Who is Wendy Williams?

Williams is an American broadcaster and writer who hosted the television talk show The Wendy Williams Show.

Besides, Wendy has two siblings.

She studied at Ocean Township High School and later attended Northeastern University and graduated with a Bachelor of Arts degree in communication in 1986.

Wendy started her TV career working as a DJ at a station in the US and also worked for various other stations. She then joined Philadelphia urban station, WUSL.

Williams started her daytime talk show, The Wendy Williams Show in 2008 and also worked with various other shows. Moreover, she also launched a reality television production company, Wendy Williams Productions, with her then-husband and manager Kevin.

She has also authored books titled ‘Wendy’s got the heat and ‘The Wendy Williams Experience.’

How much is Bert Girigorie’s Net worth?

The company helps in Revenue Development, Marketing & Sales strategy/execution, and Web & Mobile Development and has been making a huge profit every year.

Girigorie’s former wife Wendy’s net worth is reported to be $20 Million. She has earned huge money from her show and other TV works.

Wendy also makes good earnings from product endorsements. She previously served as a spokesperson for a hip-hop clothing brand and also worked for George Veselles champagne and Alizé liquers as a spokesperson in 2006.