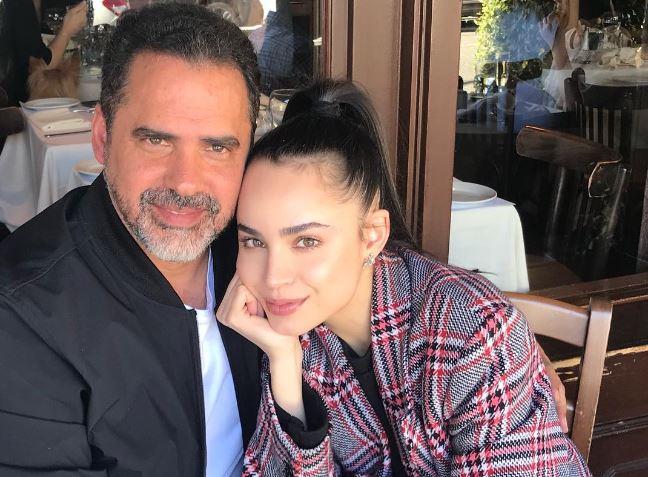 José F. Daccarett is the father of American singer and Disney Channel star Sofia Carson. He is married to Laura Char Carson.

Jose is a Colombian immigrant living in the US. What does Sofia’s father do? Who is his wife? Let’s go through the article to know about his wife, children, family, ancestry, and other details.

He was born in Barranquilla, Colombia in the 1960s. Jose is around 60 years old. He comes from Barranquilla ancestry.

Unfortunately, we don’t have any details about his parents and family. But we can assume that he came from a rich and powerful family of businessmen.

On the other hand, his is wife is the daughter of an American mother Lauraine Carson, and a Colombian father Simon Char Abdala.

Daccarett moved to the United States after his teenage and studied at the Florida Atlantic University.

As of now, he is a businessman and is the CEO of Coinco Investment Co., Inc. based in Miami, Florida.

Jose met his future wife Laura Char Carson at Florida Atlantic University. She is also a Colombian and had moved to the US for studies.

Coming from the same town Barranquilla, Jose and Laura started dating shortly after their meeting and got married in the early 1990s in Florida, United States.

They settled in American after their marriage. where they have started their family and also run a business.

Sofia has established herself as an actress and singer while Paulina an aspiring social media celebrity and executive producer.

Laura is a former captain of the Club Campestre. She is also known for being crowned the Queen of the Carnival of Barranquilla in 1988.

She was born on April 8, 1968, in Barranquilla, Colombia. As aforementioned, she is the daughter of Lauraine Carson and Simon Char Abdala.

Laura Char belongs to the Char family of Colombian politicians and businessmen. Her father Simone was one of the founding partners of Grupo Empresarial Olímpica and Districar. He passed away at the age of 78 in 2021.

Her uncle Faud Char is a former minister.

Brief Introduction about his daughter Sofia

His firstborn Sofia is a popular Disney Channel actress. She is popular for starring in the Disney movie series Descendants and has also appeared in Spider-Man, Pretty Little Liars: The Perfectionists, etc.

Besides, she is also a singer and has released some singles titled “Love Is the Name”, “I’m Gonna Love You”, etc.

She was born Sofía Daccarett Char on April 10, 1993, in Fort Lauderdale, Florida, U.S. She later changed her surname to Carson honoring her maternal grandmother Lauraine Carson.

In her early days, she attended St. Hugh School and Carrollton School of the Sacred Heart in Miami.

She then completed her graduation from the University of California, Los Angeles majoring in communications with a minor in French.

The Disney star is currently single and doesn’t have a boyfriend. However, she was rumored to be in a relationship with Sofía Vergara’s son, Manolo Gonzalez in 2016.

Sofia even posted a photo of her hugging Manolo with the caption “about last night”. Their affair was never confirmed and they don’t appear together now.

Carson doesn’t want to date anyone from the entertainment industry which she stated in an interview in 2019.

“I made a decision about two years ago that I don’t want to date anyone in the [entertainment] business. So as you can imagine, that makes it a little bit difficult.”

Daccarett is a businessman and is the CEO of a real estate company Coinco Investment Co., Inc. He could be making a profit of thousands of dollars from his company at the moment.

His net worth is reported to be in the millions.

Likewise, his wife belongs to the powerful and rich Char family and might have inherited a huge property from her father.

Jose’s daughter Sofia is a popular actress and singer who earned good fortune from Disney movies. Her net worth is estimated to be around $6 Million as of 2022.

Read Next: Who is John David Ratajkowski? (Emily Ratajkowski’s Father)