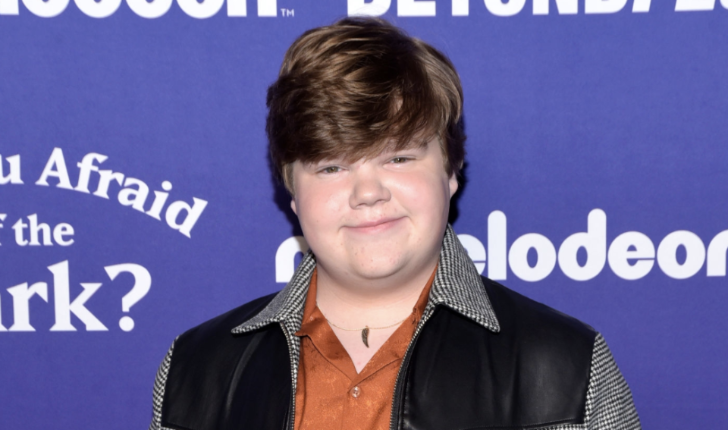 Jeremy Ray Taylor is an American actor who started his professional journey with the show Reed Between the Lines. Currently, he is famous for his performance in It, Geostorm, and Goosebumps 2: Haunted Halloween.

His mother, Tracy Taylor is a band manager while the father is Michael Taylor. He is the youngest amount six children, however, the identity of his five elder siblings is still missing.

According to reports, Jeremy is studying in a local school.

What Is Jeremy Ray Taylor Worth?

Ray Taylor was only 8 when he was signed to the talent manager. Professionally, he has been active in the industry since 2011. The same year, he made his acting debut with an episode of the television show Reed Between the Lines.

Then, in 2013, he appeared in the film 42. Post 2 years, in 2015, he played an uncredited role Bully in the MCU superhero movie Ant-Man starring Paul Rudd, Evangeline Lilly, Anthony Mackie, and Michael Peña. The same year, he featured in films: Alvin and the Chipmunks: The Road Chip and The History of Us.

Finally, Jeremy came to the spotlight for playing Ben Hanscom in the 2017 adaptation of Stephen King‘s novel It alongside Sophia Lillis, Finn Wolfhard, Wyatt Oleff, Chosen Jacobs, and Jack Dylan Grazer. Again, in 2019, he appeared in its sequel (It Chapter Two) as well.

Furthermore, his other notable acting credits include movies and series as Geostorm, Good Behavior, James Corden’s Next James Corden, Schooled, Day by Day, and Are You Afraid of the Dark? He is also popular for the portrayal of Sonny Quinn in the film Goosebumps 2: Haunted Halloween (2018) with Wendi McLendon-Covey and Madison Iseman.

Goosebumps 2 actor Taylor is not single. As of 2021, he is dating a girlfriend Kaylie Faith. Recently, on February 14, 2021, the actor’s partner Kaylie posted their picture where she was kissing him on his cheek mentioning him Valentine along with the love emoji on her Instagram.

The next day, Jeremy share a photo with his girlfriend Faith saying:

The couple is so in love with each other. They often spend their spare time together and upload their lovey-dovey picture on social media platforms.

Currently, Ray Taylor lives in Tennessee, the United States. As of now, he has 185.2k followers on Twitter and 1.3 million followers on Instagram. To know more about his personal and professional life, you can follow him on his social media profiles.