Who is Nick Cokas? Everything about Katherine McPhee’s Ex-Husband 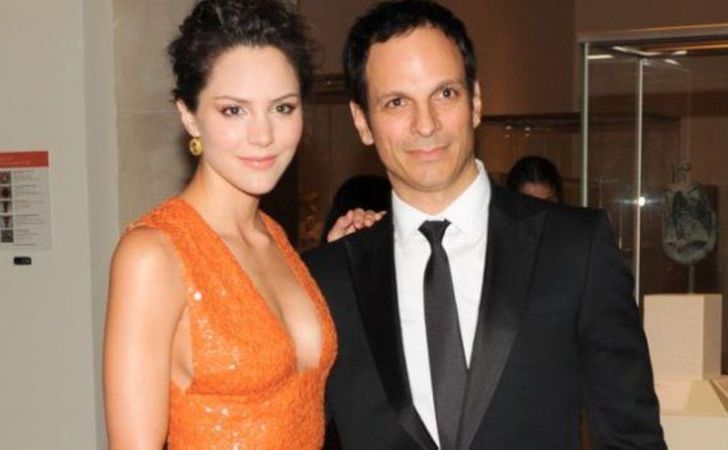 Nick Cokas is an American actor and producer who is best known for his work on Wild Orchid and Invasion. He gained fame after his marriage to actress Katharine McPhee.

The couple divorced in 2016 after 6 years of marital relationship.

Nick’s wife has moved on and married David Foster in 2019. Has Nick found a new partner?

Nick is currently 55 years old. He was born on April 11, 1965, in San Francisco, California, USA. Besides this, nothing much is known about his parents, siblings, education, & early life.

Meanwhile, his ex-wife Katherine was born on March 25, 1984, in Los Angeles, California, to parents, Daniel McPhee, a television producer and Peisha Burch McPhee, a vocal coach.

She attended Notre Dame High School in Sherman Oaks and enrolled at Boston Conservatory to major in musical theatre but left after three semesters.

According to celebrity Net Worth, Cokas has a net worth of $6 million as of 2021. He has worked extensively on Broadway shows as an actor and producer.

The 55-year-old appeared in the original cast of Blood Brothers before joining the 1996 cast of the revival of Once Upon a Mattress.

His other notable credits include Wild Orchid and Invasion. Cokas is more involved in the industry as a producer these days, launching his own company called Zenith Film Group.

Cokas and McPhee first met in 2005 when they performed in a Los Angeles theater production of The Ghost and Mrs. Muir, just a year before Katherine rose to prominence as a contestant on the fifth season of American Idol.

They engaged on September 28, 2007, and exchanged wedding vows in a late afternoon ceremony at Beverly Hills Presbyterian Church on February 2, 2008, in front of over 300 guests, including fellow season five Idol contestants Kellie Pickler and Mandisa. 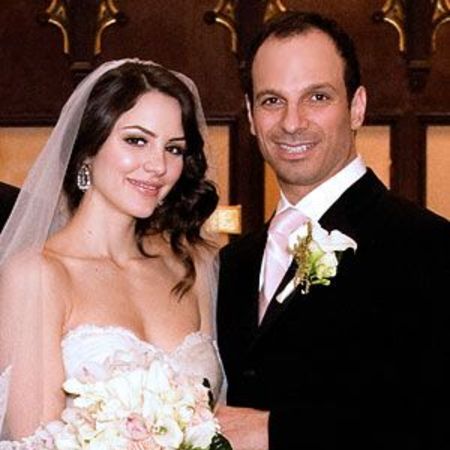 The couple doesn’t have children together.

Cokas and McPhee’s married life soon turned sour after remaining together for close to six years when McPhee was photographed kissing her Smash director Michael Morris in October 2013.

While the two were reported to have reconciled and were apparently working on their marriage, McPhee filed for divorce on May 22, 2014, which was finalized on February 8, 2016.

According to court documents, Katherine had to pay spousal support: $102,616 right after the divorce, and following that, spousal support up to $400,000 a year, or a prorated monthly payment of $33,333.

The American Idol alum kept “all of the furniture, artwork and personal effects in her possession, including a 2013 Mercedes M Class SUV” and Colas kept “his 2013 Jeep Wrangler and a percentage of some of Katherine’s music royalties”.

Who is Katharine McPhee?

His ex-wife Katherine is an American singer-songwriter and actress. She is the youngest child of Daniel McPhee and Peisha Burch McPhee and also has a sister named Adriana McPhee.

She is popular for commenting on American Idol 2016 where she was runner-up.

Her debut album Katharine McPhee charted no. 2 on Billboard in 2007. She has released several other albums and even appeared in some movies and TV shows.

Katharine has found a new love in a Canadian musician and composer, David Foster. The couple started dating in 2017 and also attended the red carpet together. The couple tied the knot in 2019.

Surprisingly, her current husband was also an attendee at Katherine’s first marriage with Nick.

The couple welcomed their first child Rennie David Foster in 2021. David had married four times before tying the knot with Katharine.