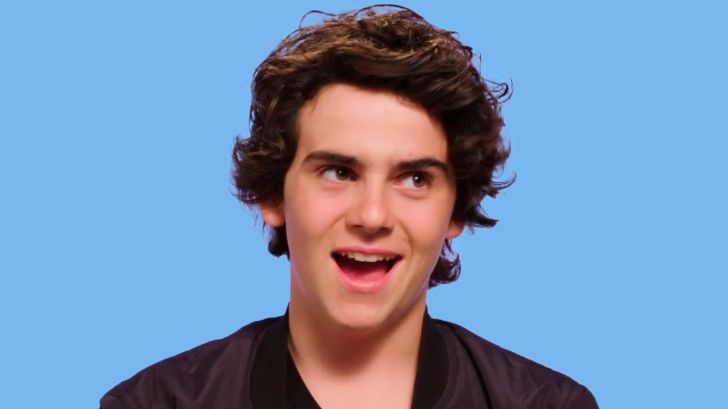 Jack Dylan Grazer is an actor who made his debut with the series The Greatest Event in Television History. He is known for his performances in It, Beautiful Boy, It Chapter Two, and Shazam!.

Jack Dylan Grazer was born on September 3, 2003, in Los Angeles, California. Both of his parents, Angela Lafever and Gavin Grazer are actors.

Dylan spent his childhood days with his younger brother, Bowie Gavin Grazer in his hometown. Similarly, his uncle Brian Grazer is a film producer.

Talking about Grazer’s education, he attended The Adderley School For The Performing Arts.

17 years old Jack began his professional journey with the television series The Greatest Event in Television History in 2014. The following year, he appeared in the film, Tales of Halloween, and the show, Comedy Bang! Bang!.

Finally, in 2017, Dylan Grazer grabbed the spotlight for laying Eddie Kaspbrak in the supernatural horror film It starring Jaeden Lieberher and Bill Skarsgård. The same year, he also featured in Scales: Mermaids Are Real and Me, Myself & I.

Additionally, his other notable acting credits include movies and TV shows like Beautiful Boy, Speechless, It Chapter Two, Robot Chicken, We Are Who We Are, and Don’t Tell a Soul.

Also, Jack portrayed the role of Freddy Freeman in the superhero film Shazam! along with Zachary Levi, Mark Strong, Asher Angel, and Djimon Hounsou. In the upcoming year, he would appear in the post-production movie, Shazam! Fury of the Gods (2023).

The current relationship status of Jack Dylan is single. But he was dating Ellie Hiyar in 2017.