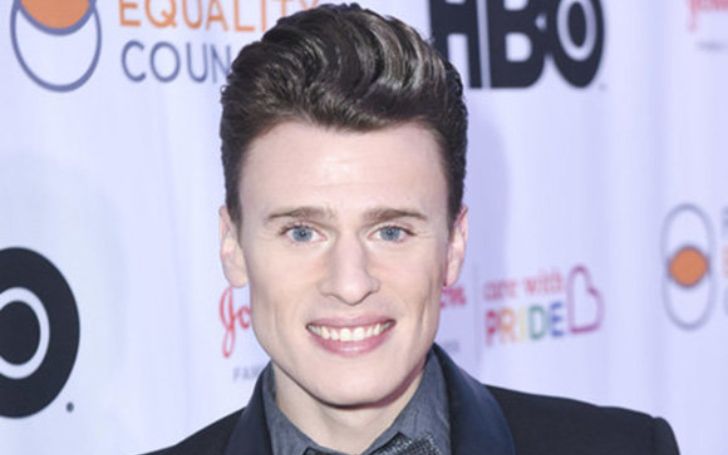 How Old Is Blake McIver Ewing?

Blake McIver Ewing was born to Bill Ewing and Susan McIver on March 27, 1985, in Los Angeles, California, the United States of America. He is of American nationality while his ethnicity is missing. He was raised alongside a brother named Zack Ewing who is also an actor.

Regarding education, he completed his high school degree from Los Angeles Baptist High School. Later on, he joined the University of California for his further degree.

The 36 years old, Blake McIver Ewing is openly gay. He officially came out as a gay back in 2016  in a description of a YouTube video where he has performed a poignant anti-bullying song. He wrote

When I was 14 I came very close to becoming a gay teen suicide ‘statistic’.

As of now, he is in a dating relationship with Emerson Collins(actor and producer). They began dating each other in 2015. Since then the pair have been enjoying each other’s company very well.

How Much Is His Net Worth and Career?

Blake McIver Ewing has a net worth of $300 thousand as of 2021 from his career as an actor as per the celebrity net worth. In the USA, the average salary of an actor is $95,000 per annum, so he also might be getting paid his salary in the same range.

Blake McIver Ewing made his acting debut at the age of eight from his appearance in the comedy-drama film, Calendar Girl as six-year-old Ned in 1993. The following year, she was cast in the romantic comedy film, The Little Rascals (1994). The other cast of the show includes Brittany Ashton Holmes, Travis Tedford, Ross Bagley, Zachary Mabry, and Bug Hall.

Also, he has appeared in television series such as Recess, Full House, Star Search, The People’s Couch, and Minor Adjustments.

Here is the list of his movie appearance which has earned a huge amount in the box office collection.

Low Life since the Mid-2000s and Comeback to Acting

Blake voiced and even appeared in several movies and TV series like The Little Mermaid II: Return to the Sea Boy, Hey Arnold!: The Movie Eugene Horowitz (voice), Raising Helen, and The Drew Carey Show from the early 2000s to mid-2010s. However, he suddenly disappeared and did not play in any movies until 2014.

He again appeared on the screen with an American reality series The People’s Couch in 2014. In 2020, he again had a cameo appearance in the sitcom Fuller House. He currently works as a host of AfterBuzz TV.