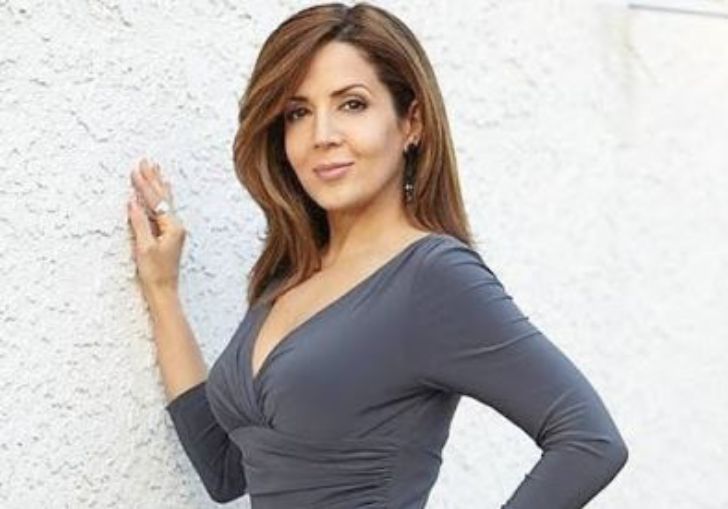 Maria Canals-Barrera is an American actor famous as Theresa Russo in the Disney sitcom Wizards of Waverly Place (2007–2013). She is also recognized for her roles in Camp Rock, Camp Rock 2: The Final Jam, and Larry Crowne.

Where Is Maria Canals-Barrera From? What Is Her Age?

Maria Canals-Barrera was born Maria Pilar Canals on September 28, 1966, in Miami, Florida. Currently, she is 54 years old and stands at the height of 5 feet 3-inch or 160 cm.

Her parents are of Cuban descent, however, their identity is not available at the moment.

Talking about Canals’ education, she attended Hialeah-Miami Lakes Senior High School. Later, she went to the University of Miami.

Success From Theatre To Big Screen

Maria started her acting career working in theater in both Miami and Los Angeles. She earned her first professional role in Telemundo Spanish-language telenovela Marielena (1992). The following year, she made her big-screen debut playing Mrs. Bobo in the film Cop and a Half.

Also, the 54-year-old is a part of movies like America’s Sweethearts, Bad Boy, The Master of Disguise, Larry Crowne, God’s Not Dead 2, Teen Titans: The Judas Contract, and Sweet Inspirations. Moreover, she is also a part of video games: Grim Fandango, Marvel vs. Capcom 3: Fate of Two Worlds, Ultimate Marvel vs. Capcom 3, and Infinite Crisis.

What Is Maria Canals-Barrera Worth?

Maria Canals-Barrera has an estimated net worth of $2 million as of Celebrity Net Worth. She has been professional since 1990 and has completed 3 decades in the industry.

So far, Barrera has altogether 75 acting credits under her name. Likewise, she is also a part of different video games. All of her earnings are gathered as an actress.

Have A Look: Primetime Emmy Award-nominee Joey King Net Worth

5 feet 3-inch tall Maria is married to David Barrera. Her husband is an American actor famous for his role as Gunnery Sgt. Ray ‘Casey Kasem’ Griego in Generation Kill.

As per reports, the couple began dating in 1997 and exchanged wedding rings on January 16, 1999. Together, the duo shares two daughters, Bridget Barrera, and Madeleine Barrera.