Who Is Joey King? Age, Bio, Career, Net Worth, & Children 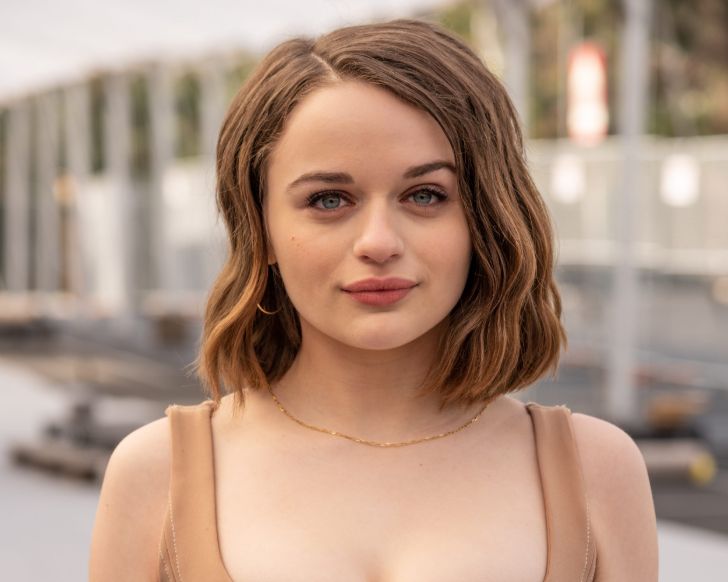 Primetime Emmy Award-nominee Joey King is an American actress best known for playing Rochelle (Elle) Evans in The Kissing Booth and Gypsy Blanchard in The Act. She is also known for Crazy, Stupid, Love, Oz the Great and Powerful, Wish Upon, and many more.

Joey Lynn King was born on 30th July 1999 in Los Angeles, California to her parents Jamie King and Terry King. She is an American as per her nationality and has mixed ethnic descent.

Likewise, King grew up alongside her siblings Hunter King and Kelli King who are also actresses.

What Is The Net Worth Of Joey?

According to Celebrity Net Worth, King is estimated to own net worth of $3 million as of August 2020. The primary source of her million-dollar fortune is her acting career.

The average salary of an actor ranges from around $52,000 to $67,000 per year. In a similar way, the young actress surely earns above the average pay range.

Joey made her film debut as Adam Sandler’s character’s daughter in Reign Over Me. She then voiced in animated films like Horton Hears a Who!, Ice Age: Dawn of the Dinosaurs, and more.

In 2010, she earned her major film role as Ramona Quimby in Ramona and Beezus. Joey appeared in the film opposite Selena Gomez who played Beezus Quimby.

The following year, she starred in Crazy, Stupid, Love in Molly Weaver alongside Steve Carell, Ryn Gosling, and Emma Stone.

Similarly, some of her other notable work credits are The Haunting Hour: The Series, Oz the Great and Powerful, The Conjuring, Wish I Was Here, Wish Upon, and several others.

In 2018, King grabbed major success as Elle Evans in Netflix’s teen comedy film The Kissing Booth. She co-starred along with Joel Courtney and Jacob Elordi.

In 2019, she joined the cast of crime anthology TV series The Act as Gypsy Blanchard. Moreover, the same year, she appeared as Morgan on the 4th season of CBS comedy Life in Pieces.