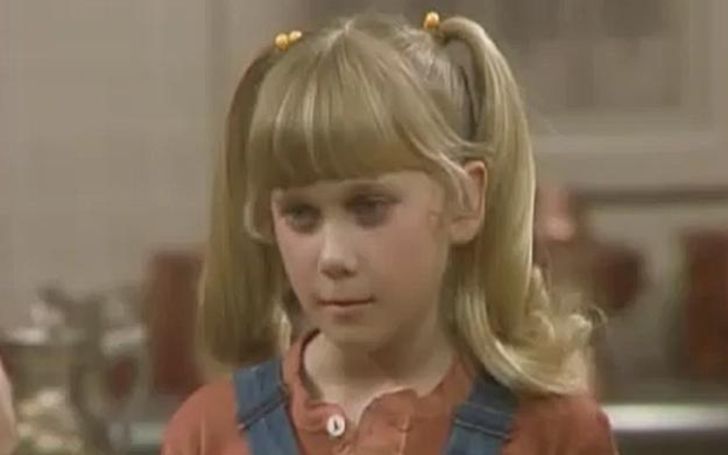 Missy Gold is an American former child actor who was active from 1976 to 1986. Since retiring, she became a licensed psychologist operating out of Saint Helena, California. Here is what you should know about Missy Gold:

What is Missy Gold’s Age?

Missy Gold was born Melissa Ann Fisher on July 14, 1970, the daughter of Joe Fisher and Bonnie Fisher. The 50-year-old is a native of Great Falls, Montana.

Missy is one of five daughters born to Joe and Bonnie and all but one of the siblings went on to become a fixture of showbiz.

Who are her Siblings?

Missy is far from the only one of her siblings to make it as a performer of some kind.

Her older sister, Tracey Gold is also a child actress most known for playing Carol Seaver in the ABC sitcom, Growing Pains.

Her younger sister, Brandy Gold, is an actress who was famous in the ’80s as part of such TV shows as Baby Makes Five, St. Elsewhere, and First Impressions.

Furthermore, her other younger sister, Jessie Gold, has had guest appearances in many shows, but not on the level of her older siblings.

However, the only Gold sibling to have steered clear of the spotlight is the youngest of the bunch. Cassie.

Her career as a Child Actress

Missy’s career started as a six-year-old when she played Mary Armagh in the 1976 drama miniseries, Captains and the Kings. The following year, she played Judy Cardler in the CBS series Rafferty, and Grace in the ABC mystery drama series, The Hardy Boys/Nancy Drew Mysteries.

She spent the next couple of years establishing herself in TV shows like Little Mo, Sword of Justice, Eight Is Enough, How the West Was Won, and Project U.F.O before landing the role of Stephanie Hendricks in the ABC fantasy drama series, Fantasy Island.

Despite her relatively short screen tenure, even as a child actress Missy reached a height only a few have ever ascended, and her popularity can be attributed to her role in the ABC sitcom, Benson.

She played Katherine ‘Katie’ Olivia Gatling in the show starring Robert Guillaume, James Noble, and Inga Swenson. She was a presence throughout the show’s seven-season run from September 13, 1979, to April 19, 1986. The role was effectively her last on-screen role and she retired soon thereafter.

Missy Gold officially retired from acting in 1986 after a decade-long career as a child actress. After her retirement, she continued her education at Georgetown University in Washington D.C., from where she got her Bachelor in Art degree in psychology.

She got her Ph.D. from California School Of Professional Psychology and is a licensed psychologist operating in the Saint Helena area of California under the name Dr. Melissa Wiedmann. Before that, she ran a private practice based in New England for ten years.

Continue Reading: Who Is Christopher Castile? Age, Career, Net Worth, Salary, and Wife