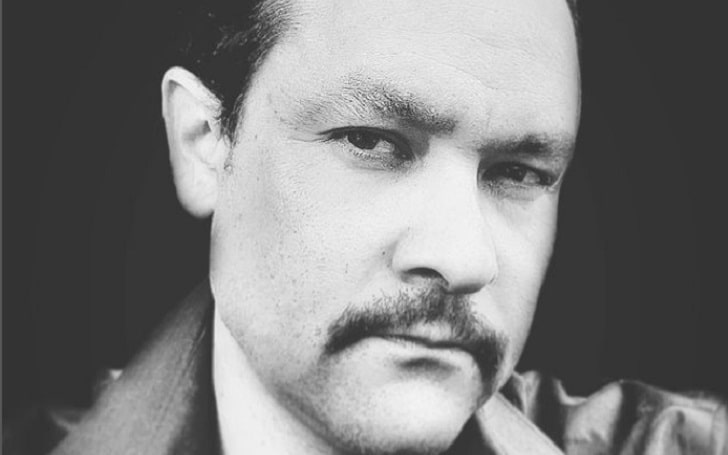 Nick Sarando is an American actor and film director based in Los Angeles. He is widely famous for his work in the movies such as The Last Exorcism, Until Death, and Nightshade.

Nick Sarando was born in the United States of America. So, he holds an American nationality. As per the Back Stage, Sarando’s age is between 33 to 40. Besides, Saranod is currently based in Los Angeles, California.

Apart from that, the 5 feet 10 inches tall director is also recognized as Nicholas Sarando whose full name is Nick Allen Sarando. Furthermore, he attended the University Of Arizona where he studied acting/directing and musical theatre. Likewise, Nick did 17 years of acting classes/workshops.

The prominent American director (like John Swetnam and Tony Yacenda) has an impressive portfolio in the entertainment industry. He worked for 2 years as a Script Supervisor on union films in Louisiana. Likewise, he has narrated 6 different 20-45 minute industrial voice-over ads. And in 2009, Nick made his acting debut by appearing in a short film named Payback Time, where he played the role of Travis Altieri.

The following year, Sarando also landed the role of Boss in Smiling Girl. We can also see his appearance in The Ghost of the Castle, Dad the Hero on Vacation, and Seal the Deal. Moreover, Sarando got more into the media prominence after portraying in the tv mini-series named Dhar Mann (2018-2021).

In 2021, he also starred in Two Minutes and The SINS. Furthermore, his latest project is Nightshade where he emerged as Carlos which was released in 2022.

Apart from that, he has worked as a script supervisor in various projects including Newlywed and Broke, Least Among Saints, Birds of a Feather, After All That, and many more.

As mentioned earlier, Dhar Mann actor is a married man. Nick and his wife, Crystal Sarando have been married for quite a long time now. Looking at Nick’s Instagram account, we can say that, he has three children, two sons, and a daughter.

Sometimes, Sarando shares images with his beloved wife and his family. However, the Two Minutes actor maintains a low-key life as he is aware of his privacy. In addition, we can find his wife, Crystal on Instagram as @crystalsarando but she has kept her account private.

How Much Is Nick Sarando Net Worth?

The SINS actor makes a considerable fortune from his multiple works in the showbiz industry. As per the Net Worth Post, Sarando has an impressive net worth of around $1.9 million. The major source of his income comes from being an actor and director. And in the United States, the average salary of an actor is $58655 while the director earns around  $81,355 per year.

On the other hand, Sarando’s income may come from doing advertisements and sponsorship. According to the Influencer Marketing Hub, his earning from a single sponsored post is $177 – $295.