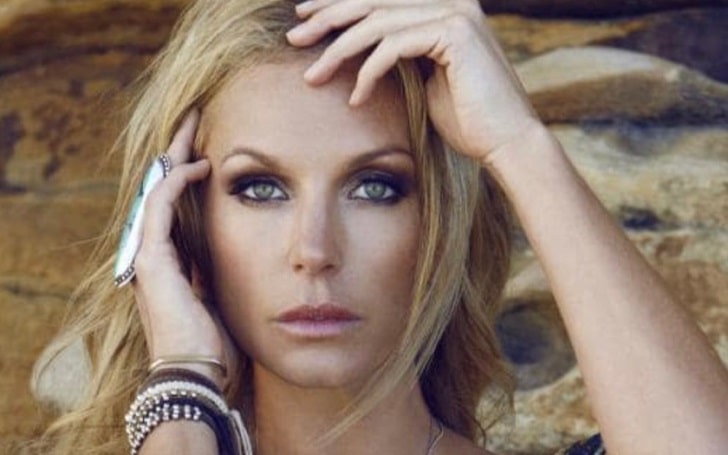 Australian model and actress, Annalise Braakensiek worked in the entertainment industry for over twenty-five years. She was also a well-known television presenter, businesswoman, and campaign ambassador. Sadly, Annalise passed away on January 6, 2019.

Annalise Braakensiek was born on December 9, 1972, in Sydney, New South Wales, Australia. So, the Australian actress was 46 years old at the time of her death. Meanwhile, Braakensiek attended the University of New South Wales where she studied sculpture and jewelry design.

Later, she also designed a self-titled jewelry line. Furthermore, the late model began her career just at the age of 16. Initially, the photographer discovered her at Bondi Beach in Sydney.

Beginning her career at a very young age, Braaknsiek went on to become an international model and was a regular face on the cover of Inside Sport Magazine. Apart from that, she also worked as a jewelry and lingerie designer. Also, the late model was a vegan blogger as well as creating the catering company Love Lunch.

Furthermore, she was featured in various magazines including FHM, Maxim, and GQ. In addition, Annalise was an ambassador for the Australian mental health charity R U OK? As an actress, she worked in various films and television series. In 1997, she debuted by appearing in Heartbreak High.

Likewise, she played the role of Heavenly in the television series named Home and Away which also stars Sharni Vinson, Adam Demos, and Katharine Wilder. And the late actress was also a cast of Mr. Accident, Fat Pizza, and Pizza.

Fat Pizza Star Passed Away In 2019: Cause of Death

The news of the Fat Pizza actress came on January 6, 2019, which left many people shocked. She was found dead in her Sydney harbourside apartment by police at about 3.30 pm on Jan 6. Officers treated her demise as non-suspicious and believe she died from a drug overdose.

After her tragic death, family, and friends of Braakensiek said they believe she had become stuck in a lifestyle she couldn’t retain. Furthermore, she was survived by her mother Vera Stevens. Meanwhile, her father, Odd Karlsen also passed away in 2004.

The Home and Away cast was married to her then-husband, Danny Goldberg. By profession, Danny is a stockbroker. The former couple tied the knot in 2002. Moreover, their married life was going well but after some time their relationship began getting sour.

And in 2018, they ended their 16 years of marriage. According to Annalise’s IMDb profile, the former pair never divorced until her death in January 2019. Throughout their marriage, Danny and Annalise did not give birth to any child.

How Much Was Annalise’s Net Worth?

The late actress, Annalise had collected a considerable fortune from her work as a model and actress. According to Idol Net Worth, her net worth was around $5 million. No doubt, she had earned most of her gains from her television appearance and as a model.

Meanwhile, she was photographed on the cover page of various magazines that must have paid her well. Not to mention, the average salary of a model in Australia is $122537 per year. Likewise, she had worked with different brands.

Moreover, Braaknsiek starred in Fat Pizza which was made on the budget of $400,000 and it collected the box office of $2.147 million. Also, she was a cast of Mr. Accident whose budget was $6 million.