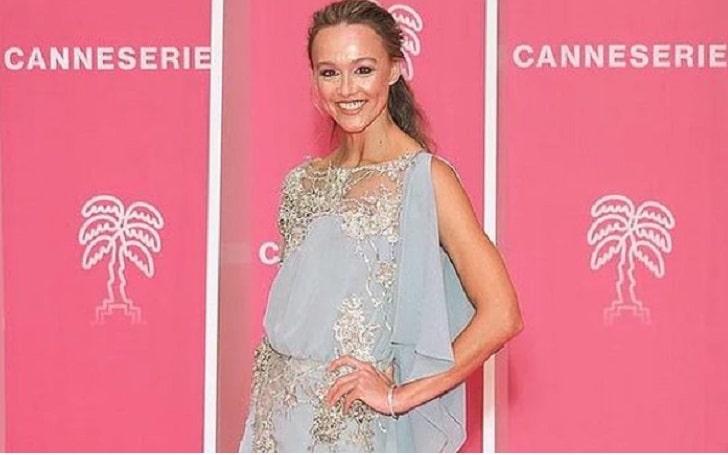 Australian-born American actress Sharni Vinson rose to fame for playing Cassie Turner on Home And Away. The Horror Jury Prize-winning actress came into the industry as a model and later ventured into the showbiz industry. Formerly Vinson had a relationship with Kellan Lutz and A.J. Buckley.

Born on July 22, 1983, Sharni Vinson’s age is 38 years as of early 2022. She is originally from Australia and grew up in the southern beach suburb of Cronulla. Vinson holds the dual nationality of Australian and American. The 5 feet 6 inches (1.69 m) tall actor is pretty close to her mother, Narelle Vinson, but she has not openly talked about her father. However, she has uploaded a couple of pictures of her dad on Instagram.

The actress was interested in sports and trained and competed at a national level in swimming. She developed an interest in dancing, singing, and acting. At the age of twelve, Vinson enrolled as a student at the Brent Street School of Performing Arts in Sydney.

Home and Away Cast Career Bio

Since 2001, Vinson has worked actively in the showbiz industry and has more than 15 credits under her name. She came into the entertainment industry as a musician and later transitioned to acting. Together with three other girls, Vinson had a group Foxfire IV. The 5 feet 6 inches tall actress made her acting debut in 2001 by appearing as Cassie Turner in the tv series Home and Away. She became a regular cast until 2008.

Sharni made her American television debut by starring as Caitlin on the TBS sitcom My Boys. Since then, the actress has worked in various films and television series, including CSI: NY, Austin Golden Hour, NCIS, and Cold Case. The NCIS alum got more recognition in the industry after portraying the role of Natalie in Step Up. NCIS also stars Lauren Holly and Eva Gardo.

From 2011 to 2016, the CSI: NY cast appeared in You’re Next, Bait, Patrick: Evil Awakens, Dragon Blade, Ticketed, and House on Willow Street. In 2018, she landed the part of Sugar-Shock in Captain Fitastic.

The Cold Case alum won the Horror Jury Prize in 2011 for her amazing work in You’re Next. Also, Vinson got nominations for awards like AFCA Award and Fright Meter Award.

Sharni has worked on the big screen for a long time and has also landed major roles in various hit projects. Not to mention, the majority of her income comes through her acting venture. According to Idol Net Worth, Vinson’s net worth is around $14 million, but other sources claim her fortune is somewhere between $500,000 to $1 million.

No doubt, Vinson is making a fruitful sum of money from her work as an actress. In addition, the intermediate salary of an actress in the United States is $91401 a year. Likewise, an actress in Australia earns around $115,966. In 2006, she had appeared in Step Up, which was made on a budget of $30 million, and its box office collection was $159.2 million.

Look at the movies played by Sharni and their earnings:-

Sharni must have accumulated a decent profit by working in the mentioned film. Apart from that, the Dragon Blade cast is actively present on Instagram, and she charges around $240.75 – $401.25 for a single sponsored post on the platform.

Relationship Status: Who Is Her Partner?

As of 2022, Sharni Vinson seems to be leading a single life as there is no news regarding her boyfriend or partner. But she was formerly in a relationship with multiple guys. According to Ranker, Vinson dated A.J. Buckley in 2007. They had a long-distance relationship and separated in 2009.

From 2011 to 2013, the Cold Case actress dated Kellan Lutz, a famous American actor. After her separation from Kellan, Vinson is not involved in any type of romantic affairs. Currently, she is also maintaining high privacy, so it isn’t easy to know about her love life. We can get updates on her ongoing life on Instagram as @sharnivinson.