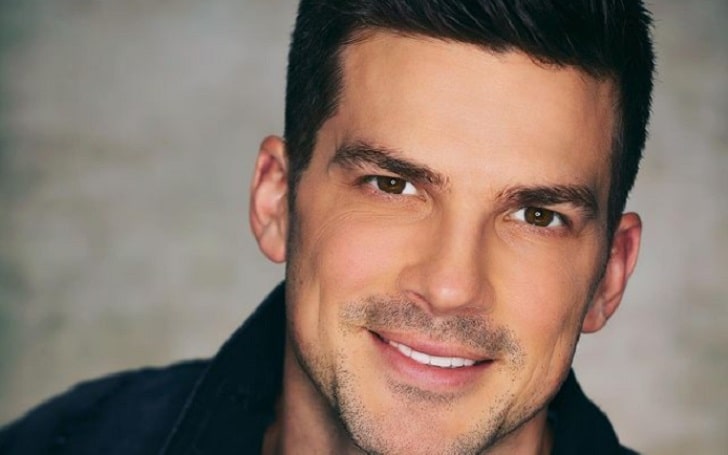 Rick Malambri is a multi-talented American actor, dancer, and model who shot to fame after appearing in Step Up 3D. The 39 years old actor has a mixed ethnicity of Italian (one eighth), English, French, Czech, and Lithuanian. Regarding personal life, Malambri is a married man whose wife is Lisa Mae, with whom he has a daughter Alyx.

Rick Malambri was born on November 7, 1982, in Fort Walton Beach, Florida, the U.S. making his age 39 years as of early 2022. His parents, Timothy Michael Malambri and Jeannie Marie Egleston, raised him. The 6 feet 2 inches tall actor holds an American nationality.

Malambri has mixed Italian ancestry (one eighth), English, French, Czech, and Lithuanian from his parents’ side. Malambri was passionate about getting involved in the entertainment industry, and his career began his career as a model.

Moving onwards, Malambri came into the industry as a model and featured in Abercrombie and Fitch ads in 2004. The native of Florida moved to New York and pursued a career in dance. Iin 2007, Malambri made his debut in the showbiz industry by appearing in How I Met Your Mother as Floppy Haired Guy. In the same year, the actor also starred in Universal Soldiers.

The multi-talented personality began getting more recognition and started earning more projects. In 2009, the 6 feet 2 inches tall actor landed the role of Dan Keller in the tv series Criminal Minds.

His appearance can also be seen in another television series, Party Down. And his other notable credits are Surrogates, Step Up, After the Fall, A Holiday Heist, etc. Additionally, he has worked with Alberto Frezza and Cody Saintgnue.

In 2011, Malambri portrayed the part of Eduardo Diaz in the ABC Family’s The Lying Game. Apart from that, his television appearances are Time’s Up, Clear History, Cosplaya, The Cookie Mobster, Change of Heart, Animal Kingdom, Dating After College, Jane the Virgin, and Lethal Love Letter. Not only that, but Malambri is a voice actor, and his voice works can be seen in video games like Gears 5 and Gears of War 4.

Who Is Criminal Minds Alum Wife? His Children

The Lying Game cast is happily married to his wife, Lisa Mae. Not to mention, his wife is a talented model, actress, and host. The romantic birds tied the knot in 2010 in the presence of family and close ones. It’s been over a decade of their married life, and they are still leading a blissful life.

The couple welcomed their beautiful daughter Alyx in 2013. The happy family of three resides in the United States, and the actor often shares pictures with his wife and kid via his Instagram handle. On the other hand, Jane the Virgin’s star’s life partner, Lisa, uses Instagram as @lisamalambri, from where she gives updates of her ongoing life.

Through the dedication to acting, modeling, and dancing, Malambri has preserved an impressive fortune. Some online sources say his net worth is somewhere between $500,000 to $1 million. He has given several hit projects that helped him earn good profit.

Take a look at the movies played by Malambri:-

So, by working in the films mentioned above, Malambri has surely received a decent payoff. Apart from that, the Step Up cast is also a model, and the average pay for a model in America is $125457 a year. Not only that, he is a dancer, and he might have a salary of $18.87 per hour as it is moderate pay for the respective job.

And other sources of his income come from advertisements. According to the Influencer Marketing Hub, Malambri charges around $215.25 – $358.75 for a sponsored post on Instagram.